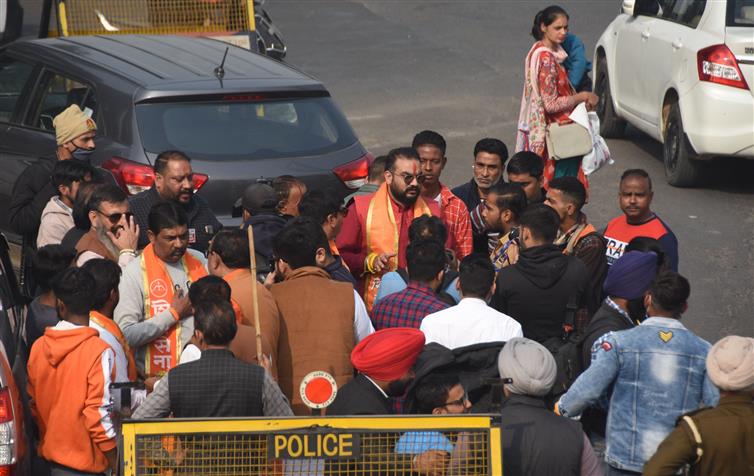 Members of the Shiv Sena Bal Thackeray today blocked the Jagraon bridge road against the delay in nabbing the culprits behind the cow slaughtering case.

Due to the protest, commuters suffered a lot as the road remained jammed for over an hour. The police had to provide diversions to ease traffic rush.

Two days ago, bovine parts were recovered from the Jeevan Nagar area. After the incident, the police had registered a case against unknown persons.

Chandarkant Chaddha of the Shiv Sena, who led the protest, said the Punjab Government and state police should take the issue of cow slaughtering seriously and the culprits should be nabbed as soon as possible.

He said the state government has been collecting crores of rupees in the name of cow cess but no effort is being made to protect the cows roaming on the roads.

Shiv Sena leaders said if the government fails to take serious steps to prevent such incidents in future, they would launch a statewide agitation. Protesters also said the Ludhiana police should arrest the culprits behind the cow slaughtering so that justice could be delivered to the Hindu community.

The protest was lifted after an hour when police officials assured the protesters that the accused would be nabbed soon.