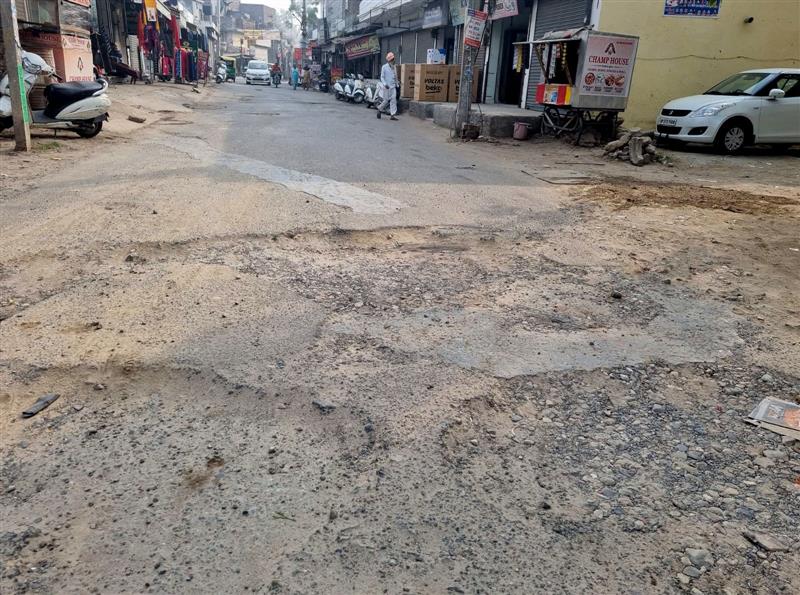 Amid a shortage of required material (aggregates), Municipal Corporation’s work to repair potholed roads has been stalled again in the city. A number of broken stretches in various areas have been crying for attention for months.

The MC’s hot-mix plant is lying closed these days due to the shortage of required material, according to officials. The plant is also likely to remain non-functional during the winter season. Hence, the people would be forced to suffer on potholed stretches in the coming days too, if the work is not done.

A resident of Bank Colony, PK Sharma, said roads in Haibowal, including their colony, had not been repaired for a long time. They were expecting that the civic body would repair the roads before the winter season but nothing had been done to date. The people have been left to suffer on the broken stretches.

Potholes on various roads in Focal Point, Jawahar Nagar, Dhandari and various other parts under the MC’s jurisdiction are yet to be repaired. A city resident, Rajwinder Singh, said potholes on different city roads must be repaired at the earliest as chances of mishaps remain always high. “It has been observed that the potholes in several areas have not been repaired for a long period. It is the responsibility of the civic body to ensure timely repair of the broken stretches to avert mishaps,” he said.

The MC’s hot-mix plant, which is used for mixing aggregates with bitumen to prepare premix material to repair roads, was lying closed on Friday. Mayor Balkar Singh Sandhu said as there was a shortage of required material now, the plant was closed. Executive Engineer Sanjeev Sharma said if the required material was made available, the plant could be run for a few days. However, the plant would remain closed during the winter season.