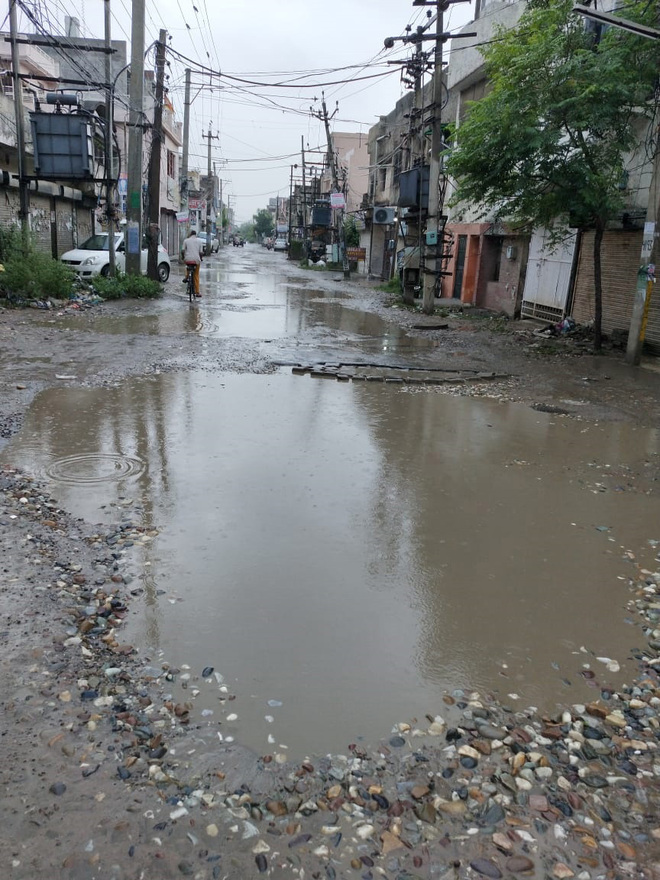 A stretch on the Dugri-Dhandra road on which thousands of people traverse every day is in a state of utter neglect. Area residents have been demanding for the repair of the stretch for the past two years but to no avail.

Now, the rainy season has added to the woes of commuters. The 200-m stretch near the LIG flats has been giving an open invitation to mishaps. The potholes generally remain filled with stagnant rain water causing damage to vehicles and leading to accidents.

Small pieces of stones and gravel on the broken stretch hit other vehicles whenever any car/ truck pass over these, residents claimed.

Sanjeev Gupta, a resident of Dugri, said, “The stretch is not being repaired or re-carpeted for the past two years. We have requested the civic body officials many times but the required steps are yet to be taken. We also wrote to the Chief Minister and the local government in this regard but nothing worthwhile has happened. We appeal to the MC to take required steps to re-carpet the broken stretch as soon as possible.”

Another resident said there are deep potholes and broken edges on the both side of the road. “During the rainy season, water remain stagnant on the damaged stretch for days, which becomes a breeding ground for mosquitoes. Even, it is difficult to walk on this stretch. We want from the authorities concerned to take immediate steps to re-carpet the road so that mishaps can be avoided”, he said.

Mayor Balkar Singh Sandhu said they will look into the matter and take required steps to re-carpet the broken stretch of the Dugri-Dhandra road after rainy season.

The amount will assist states in paddy procurement process

Sukhbir Badal: Willing to follow anyone for welfare of farmers

Reports of straw burning pour in from the Majha belt