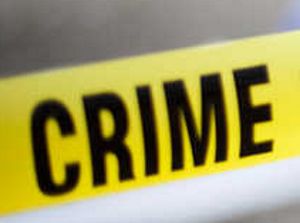 Ludhiana: The police have arrested Simmat Kumar Walia of Dr Ambedkar Nagar in Model Town and Mandeep Singh of Gopal Nagar on Tibba Road for carrying illicit firearm and dagger. The police said the duo, riding a Bajaj Discover motorcycle (PB-65C-5421), were stopped at a naka while coming from Amarpura side. During search, an illicit 765 mm pistol and a dagger (kamanidar knife) were recovered from them. A case under the Arms Act has been registered against the suspects. TNS

Ludhiana: Deepak Kumar (30), a resident of Sant Vihar Colony, has been reported missing for the last more than two months. His brother-in-law Raj Kumar lodged a complaint with the police that Deepak had left home to buy medicine for his mother on the night of March 30 and did not come back since then. The police have registered a case and investigation. In another incident, Sonia Basra (23) of New Shakti Vihar Colony was reported missing. Her mother Satwinder Kaur expressed suspicion that Wassan Singh of Bhagwant Vihar, Bajra Colony, might have abducted her daughter. The police have booked the suspect and launched probe. TNS