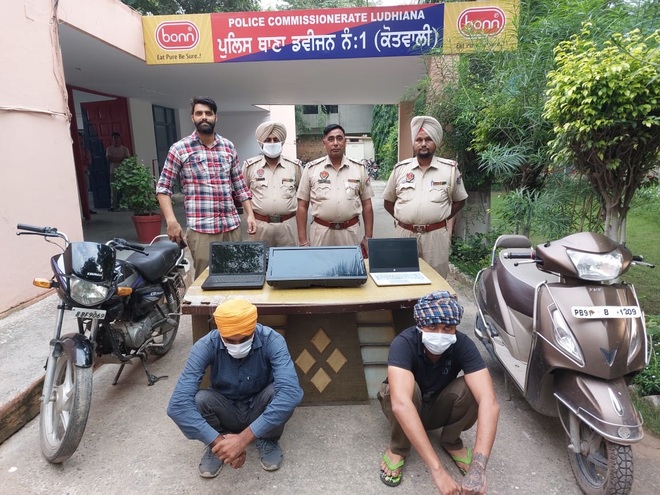 The Kotwali police have busted a gang of thieves and arrested two of its members.

The police also recovered stolen goods from them.

The accused have been identified as Paramjit Singh Grover of New Deep Nagar and Jagmit Singh of the Chuharpur road area. The police recovered two laptops, an LED, a motorcycle and a scooter from the gang members.

Sub-inspector Harjit Singh, SHO, Kotwali, said a tip-off was received that the two accused were notorious thieves and they were roaming near Nawa Mohalla to sell stolen goods.

Afterwards, the police laid a trap and nabbed the accused. During interrogation, they confessed that they had committed several thefts at houses in the recent past and most of the stolen goods were sold.

The SHO said the recovered vehicles were stolen from the city recently and the accused were already trying to sell these in the black market.

The police would seek police remand of the accused for further questioning to arrest other members of the gang. — TNS