434 m, 5kg letter by Kerala woman to placate brother for not wishing him on Brother's Day 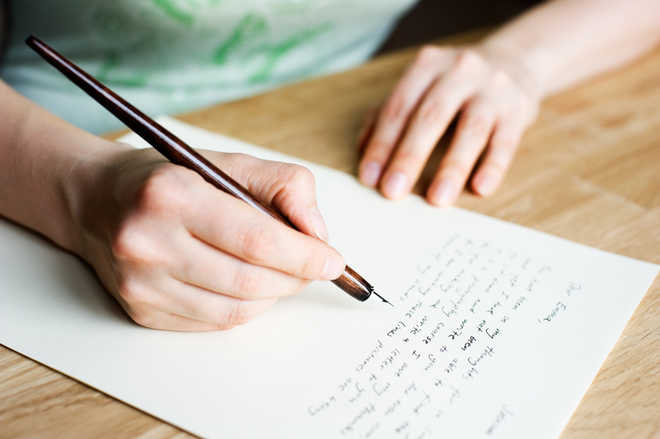 A 434 metre long letter weighing 5 kilograms was how a Kerala woman placated her younger brother for forgetting to wish him on International Brothers Day this year after he stopped taking her calls and even blocked her on Whatsapp.

Realising how hurt her younger sibling, a fourth year engineering student, must have been for not wishing him, Krishnapriya, an engineer herself, decided to write him a letter about the relationship they share and her love for him.

Speaking to media, she said, "I forgot to wish him on Brother's day. By evening he stopped taking my calls and also blocked me on Whatsapp. So I decided to write him a letter. I began writing on A4 size sheets, but soon realised that it would be insufficient as I had a lot to convey to him." "So I decided to buy longer sheets. But when I went to the market, they said they only have billing rolls which are longer. So I brought 14 rolls. It took me around 12 hours to complete the entire letter which measured 434 metres in length and 5 kgs in weight," she added.

Krishnapriya further said that in her letter she wrote about her brother's life -- Krishnaprasad -- from the time of his birth till his engineering student life now -- and also included in it the moments they shared and the love they have for each other.

"We have a seven year age gap. So he respects me and fears me a little like a mother or a teacher," she said with a smile.

"We are very attached to each and share a very friendly relationship and growing up we were like twins -- as we would be wearing the same colour dresses on special occasions in the family," she added.

The effect of the long and heavy letter from his sister could be clearly seen on the smiling face of Krishnaprasad, who told the media that he was very happy when he received it.

"I was hurt and disappointed when she did not wish me on Brother's Day this year. I called her later in the day, but she was busy with work and therefore, I did not speak for long and ended the call. Thereafter, I blocked her on Whatsapp.

"She must have felt bad about what happened and that is why she wrote the letter. I was very happy when I received it," he said with a smile.

The letter which aided in their reconciliation, may soon find a place in the Guinness World Records as the longest letter ever written as Krishnapriya has sent an application for the same.