In a first, the Rajasthan Cabinet will have four SCs as Cabinet Ministers 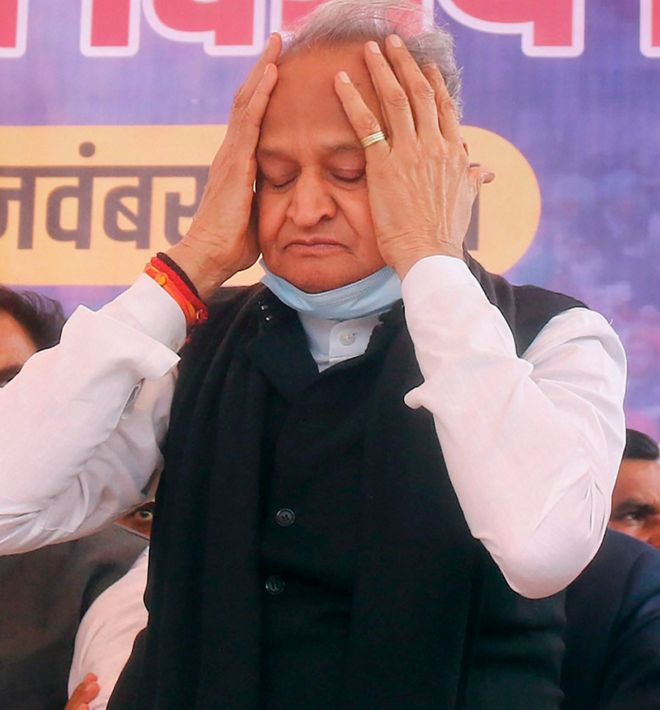 In a first, the Rajasthan Cabinet will have four SCs as Cabinet Ministers (three of them promoted from junior ranks). Three former ministers will not be part of the new Cabinet which will take oath on Sunday. These ex-ministers are AICC Punjab in-charge Harish Chaudhary, Raghu Sharma and state unit president Govind Singh Dotasara. The three had tendered their resignations along with all the 21 in the previous cabinet.

Congress chief Sonia Gandhi has accepted the resignations of the three who have expressed a desire to work in the organisation.

A substantial number of Pilot’s supporters in the Cabinet — Vishwendra Singh, Ramesh Meena, Hema Ram Chaudhary, Brijendra Ola and Murari Meena — is Congress leadership’s attempt to pacify Pilot and ensure rank unity in the state. Three SCs who have been elevated to the Cabinet rank are Bhajan Lal Jatav, Mamta Bhupesh and Tika Ram. Govind Ram Meghwal, a former MP, also an SC, has been directly inducted into the Gehlot Cabinet.

The new Cabinet has three STs, three women ministers and one from the Muslim community. There are no Independents in the rejigged Cabinet. The Congress now has 102 MLAs in a 200-member Assembly.

Former BSP MLA Rajender Guda, who crossed over to the Congress, has been made Cabinet Minister. The party would add advisers to the CM and parliamentary secretaries to accommodate more leaders including first time MLAs.