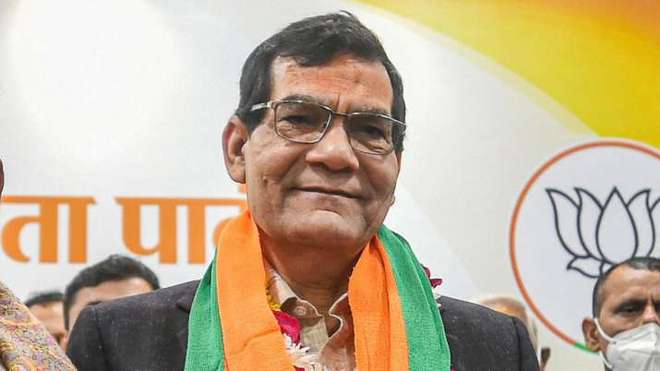 The entry of former IAS officer AK Sharma into the ruling BJP in UP has led to turbulence in the state unit with many speculating the man “trusted” by Prime Minister Narendra Modi would get a key portfolio, if not the deputy CM’s post, in the Yogi Adityanath government.

After opting for voluntary retirement, Sharma last week joined the BJP and was a day later named candidate for the upcoming legislative council polls in UP. He filed his nomination today.

Adityanath, however, has so far remained non-committal on any Cabinet reshuffle even as sources said Sharma was unlikely to remain a mere legislator. The sources cited the examples of Haryana CM Manohar Lal Khattar and top bureaucrats RK Singh, Hardeep Puri and S Jaishankar, all Modi confidants who got key posts.

Ever since he joined the BJP, there has been a lot of buzz on what role would be given to Sharma. A Gujarat cadre officer belonging to UP, Sharma has been among Modi’s trusted bureaucrats since he was the CM.

Seen as low profile, Sharma is known for delivering time-bound results, said sources. His last posting at the Centre was Secretary, Union Ministry of Micro, Small and Medium Enterprises.

Besides Sharma, the BJP has named Deputy Chief Minister Dinesh Sharma, its state president Swatantra Dev Singh and Lakshman Prasad Acharya as candidates for the council polls. Currently, there are two Deputy CMs in UP--Keshav Prasad Maurya being the other. The polling for 12 legislative council seats in UP is due on January 28.