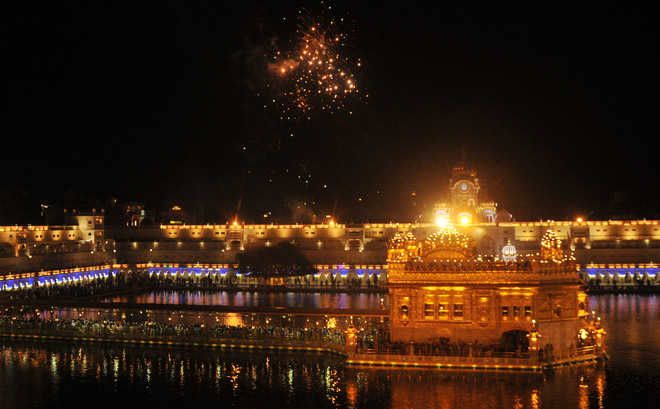 As per the notification issued by the Internal Security division of the Union Ministry of Home Affairs (MHA) the mandate of the committee will be “to approve policies, plans and programmes and also to supervise and guide the commemoration of the 400th Birth Anniversary of Shri Guru Tegh Bahadur Ji”.

It is also mandated to decide “broad dates for detailed programmes of celebration”.

The notification further said, the implementation of the recommendations of the Committee “will be supervised by the Executive Committee”.

It is to be noted here that earlier this year Punjab Chief Minister Amarinder Singh had written to Prime Minister Narendra Modi urging him to constitute a national-level committee to oversee the year-long 400th Prakash Purab celebrations of Guru Tegh Bahadur.

The prominent among the nine Union Ministers to be members of the committee include Rajnath Singh, Amit Shah, Nitin Gadkari, Nirmala Sitharaman, Hardeep Singh Puri and Prakash Javadekar.

MPs in both the Houses of Parliament from Punjab, including Sukhdev Singh Dhindsa (RS), Shwait Malik (RS), Sukhbir Singh Badal (LS) and Sunny Deol (LS), are also members of the panel.

Two Lok Sabha MPs from West Bengal SS Ahluwalia and Adhir Ranjan Chowdhury, who is also Congress’ floor leader in the House, are given place in the committee. Chandigarh MP Kirron Kher is also part of it.