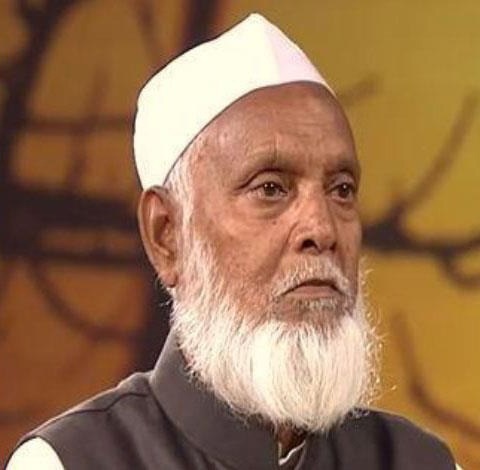 Mohammad Shareef of Faizabad is said to have arranged last rites of over 25,000 unclaimed bodies

An 83-year-old Faizabad resident, who is said to have arranged last rites of over 25,000 unclaimed bodies in last 25 years and was chosen for Padma Shri last year, is suffering from serious ailments but is unable to afford treatment due to poverty.

Mohammad Shareef, also known as “messiah of lawarais lashen”, was found bed-ridden when this PTI correspondent visited his home in Mohalla Khirki Ali Beg on Thursday.

With Shareef Chacha, as he is fondly called in his neighbourhood, lying virtually unconscious on his bed, his family members said they were still hoping for some pension to him against his award so that they could afford his treatment.

Mohammad Shareef's son Shageer said they had got a letter from the Union Home Ministry last year informing his father that he was chosen for the Padma Shri award.

The letter dated January 31, 2020 from Union Home Secretary Ajay Kumar Bhalla further said the date for conferring the award upon him would be shortly communicated, said Shageer.

He said his father was chosen for being conferred the award on the recommendation of BJP MP Lallu Singh from Faizabad.

On being asked about the status of the award, Singh too expressed surprise and asked, “Has he still not received the award?”

Shageer said he worked as a private driver and earned Rs 7,000 a month, while his father's treatment alone costs over Rs 4,000 a month.

"We are having very difficult times. We are unable to meet even household expenses. Due to the lack of money, we are not able to afford even proper treatment for my father,” he said.

“Till recently, we depended upon a local doctor for his treatment. But due to the lack of money, we are not able to afford even that,” he rued. PTI