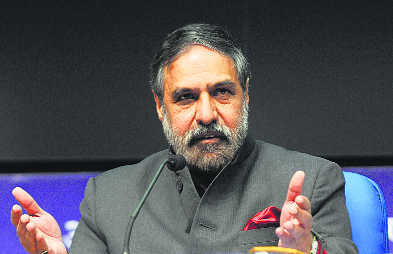 The fissures that surfaced in the Congress this August when 23 leaders sought organisational reforms deepened on Tuesday with veteran Anand Sharma, one of the 23 letter writers, asking detractors in the party to stop undermining Rajya Sabha leaders.

“Whom are they belittling? Do they know that India’s tallest leaders be it Indira Gandhi and Atal Bihari Vajpayee or Somnath Chatterjee and LK Advani were members of the Rajya Sabha at some point?” Sharma’s comments came a day after the Congress officially advised “nominated Rajya Sabha leaders” to follow party

discipline and not talk out of line about internal affairs. Sharma’s target was party spokesperson Pawan Khera. — TNS