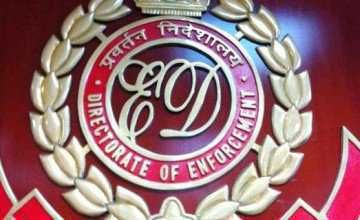 The Enforcement Directorate (ED) today conducted searches at six locations in Tamil Nadu as part of its probe into alleged irregularities in the issuance of visas to 263 Chinese nationals in 2011 involving Congress MP Karti Chidambram.

The raids were conducted in Chennai and nearby areas, said officials. The ED had initiated the probe in May and filed a case under the Prevention of Money Laundering Act on the basis of a CBI FIR. The case pertains to allegations of Rs 50 lakh being paid as kickbacks to Karti and his close associate, S Bhaskararaman, by a top executive of Talwandi Sabo Power Ltd, which was setting up a power plant in Punjab.