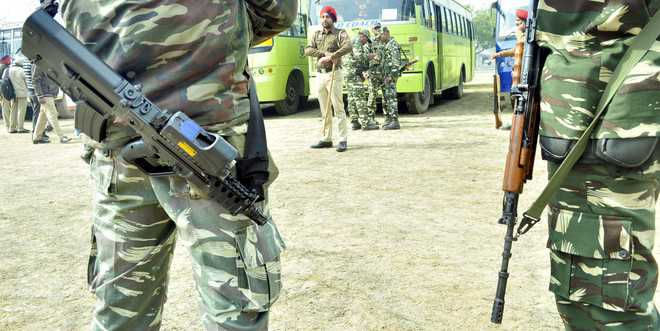 The incident occurred around 3 pm on the Murkinar road under the Modakpal police station area when a team of CRPF’s 153rd battalion was out on an area domination operation, Inspector General of Police (Bastar range) Sundarraj P told PTI.

The patrolling team, which had launched the operation from its Chinnakodepal camp, was cordoning off the forest along Murkinar road, located around 450 km away from state capital Raipur when ultras detonated the IED in which four personnel sustained injuries, he said.

The injured jawans were evacuated from the spot and shifted to Bijapur district hospital, he said.