The count of active cases of the infection has declined to 1,45,026 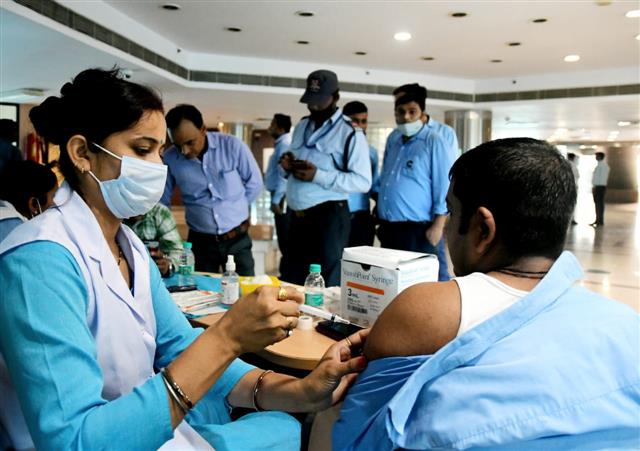 The death toll due to the viral disease has gone up to 5,26,110 with 57 more deaths, according to the ministry's data updated at 8am.

The active cases account for 0.34 per cent of the total caseload, while the national covid recovery rate was recorded at 98.47 per cent, the ministry said.

A decline of 2,486 cases was recorded in the active covid caseload in a span of 24 hours, it added.

A total of 87.36 crore tests have so far been conducted to detect the viral infection in the country, including 4,25,337 in the last 24 hours.

The number of people who have recuperated from the disease has gone up to 4,32,67,571, while the case fatality rate was recorded at 1.2 per cent, the data showed.

According to the ministry, 202.79 crore vaccine doses have so far been administered under the nationwide covid vaccination drive.

Of the 57 fatalities recorded in the 24-hour period, 19 were from Kerala, 12 from Maharashtra, seven from West Bengal, four from Meghalaya, two each from Bihar, Delhi and Odisha, and one each was reported from Uttar Pradesh, Punjab, Nagaland, Madhya Pradesh, Karnataka, Himachal Pradesh, Gujarat, Chhattisgarh and Chandigarh.