The United Nations refugee agency had raised the alarm earlier this week over the missing boat, which had set off on February 11 from Cox’s Bazar in Bangladesh 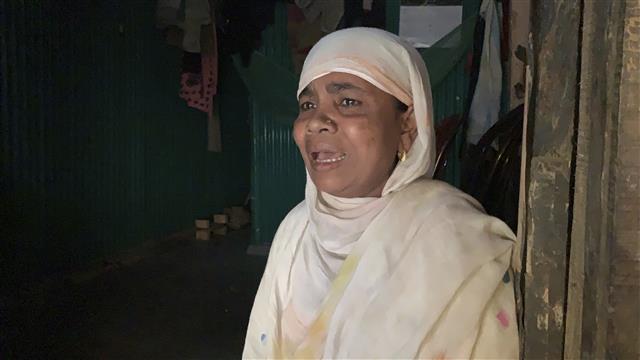 Rohingya refugee Nasima Khatun, mother of a 25-year-old man stranded on a boat, speaks with the Associated Press at Kutupalong refugee camp in Cox’s Bazar district, Bangladesh, on February 24, 2021. AP/PTI

India’s coast guard found 81 survivors and eight dead on a boat crammed with Rohingya refugees adrift in the Andaman Sea, External Affairs Ministry spokesman Anurag Srivastava said on Friday, adding that the survivors would not be allowed to enter Indian territory.

Another refugee was missing, Srivastava said on Thursday, giving news of the rescue.

The United Nations refugee agency had raised the alarm earlier this week over the missing boat, which had set off on February 11 from Cox’s Bazar in Bangladesh, where refugee camps have been established for hundreds of thousands of Rohingya who have fled neighboring Myanmar.

“After four days at sea the boat’s engine failed, and the Rohingya had run out of food and water and many were ill and suffering from extreme dehydration by the time they were rescued,” Srivastava said.

Two Indian coast guard ships were sent to help the refugees, 23 of whom were children, and the Indian government was in discussions with Bangladesh to ensure their safe return, he said.

Hundreds of thousands of Rohingya fled to Bangladesh after a deadly crackdown by security forces in Myanmar in 2017.

Authorities in Bangladesh had said on Monday that they were unaware of any boats leaving the camps. Reuters