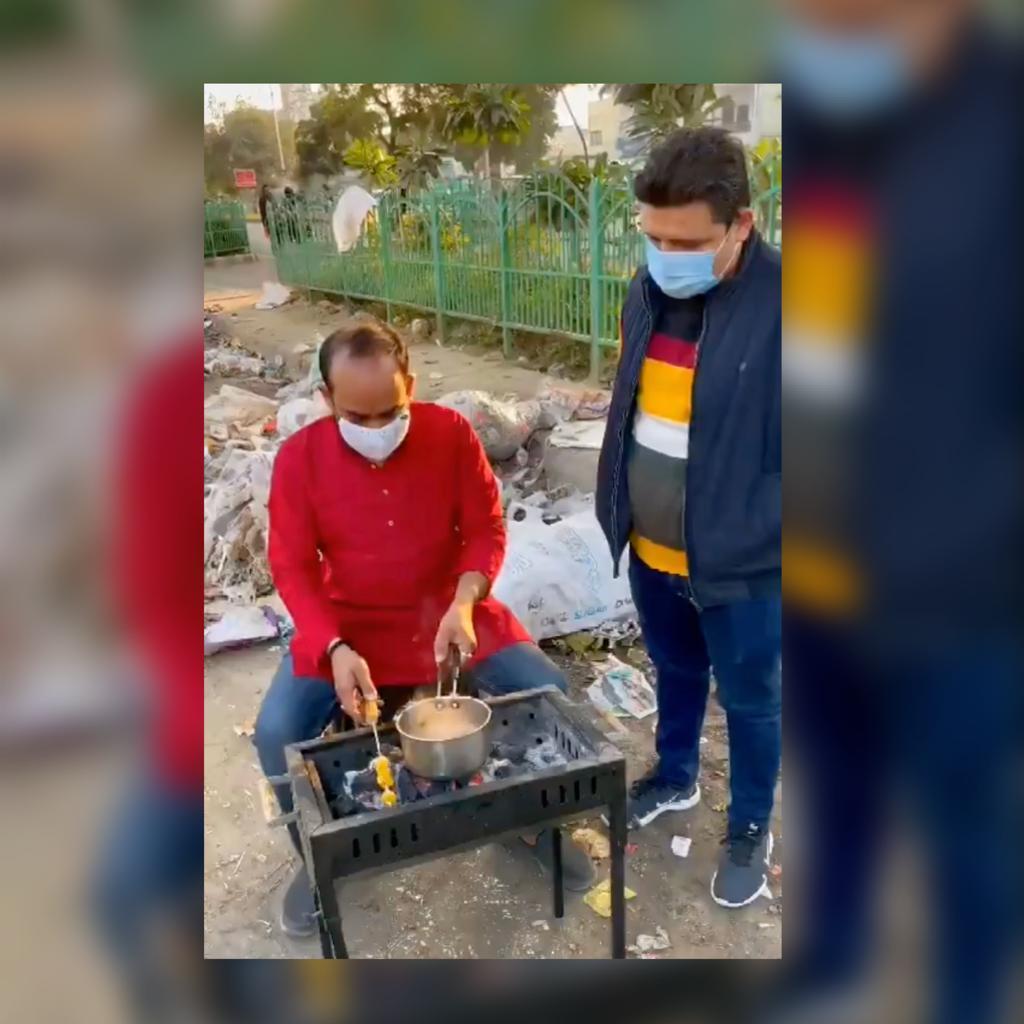 In a seemingly weird manner of protest, a resident of the Indira Nagar locality in Lucknow, actually hauled the Lucknow Municipal Corporation (LMC) over the garbage, instead of the proverbial coals.

The resident, Ashutosh Singh, 32, set up a portable barbeque grill, using garbage as fuel, outside his house.

He was protesting against the mounting pile of garbage that had not been removed despite pleas to the local municipal authorities.

He then grilled cottage cheese and vegetables and served them to friends with tea. The protest continued for three hours on Thursday afternoon.

A passer-by shot a video of the act and made it viral.

Ashutosh later told reporters, "People here throw garbage in open because door-to-door garbage collection is very poor here. We wake up every day only to see garbage piles all around and are forced to bear the stench. Our complaints to the municipal officials have failed to elicit any response."

The local residents supported Ashutosh in his protest and said that there would be more such 'unusual 'protests' if the area was not cleared up.

The state capital had witnessed a similar protest in November last year, when a college student stood at a garbage dump near City Station all day. Authorities swung into action after his video went viral.

Meanwhile, when contacted, a zonal municipal official, Vidya Sagar Yadav, said, "We will take action against the private agency hired to ensure household garbage collection in the area. The garbage pile will also be cleaned up within two days." — IANS