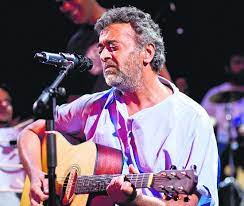 Singer Lucky Ali has complained to DG and IGP of Karnataka Praveen Sood over alleged encroachment of his farm land by land mafia involving the husband of state IAS officer Rohini Sindhuri, police said on Monday. The police have taken up investigation following the complaint. 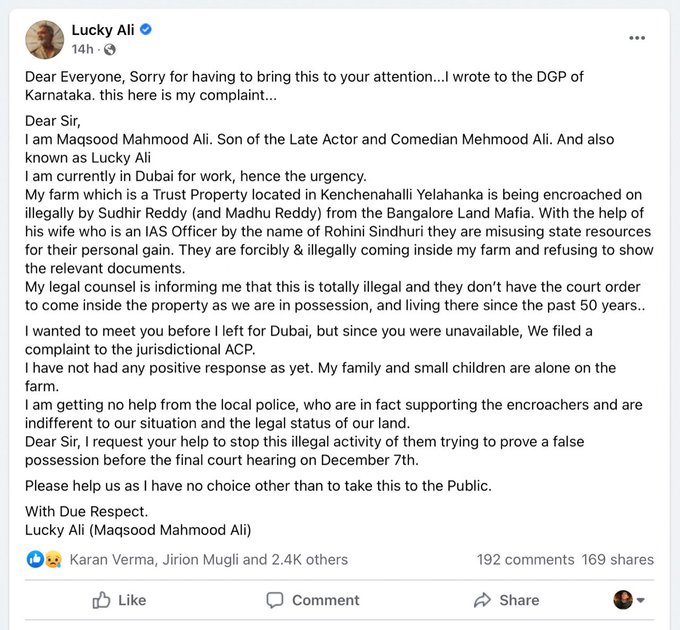 Lucky Ali has also alleged that Rohini Sindhuri, presently working as the Commissioner of Hindu Religious Institutions and Charitable Endowments Department, is helping the land mafia and misusing state resources.

In his complaint, Lucky Ali stated, "I am Maqsood Mahmood Ali. Son of the Late actor and comedian Mehmood Ali. And also known as Lucky Ali. I am currently in Dubai for work, hence the urgency." "My farm which is a Trust Property located in Kenchenahalli Yelahanka is being encroached on illegally by Sudhir Reddy (and Madhu Reddy) from the Bangalore land mafia, with the help of his wife who is an IAS officer by the name of Rohini Sindhuri. They are misusing state resources for their personal gain. They are forcibly and illegally coming inside my farm and refusing to show the relevant documents," Ali alleged.

"My legal counsel is informing me that this is totally illegal and they don't have the court order to come inside the property as we are in possession, and living there since the past 50 years. I wanted to meet you before I left for Dubai, but since you were unavailable, we filed a complaint to the jurisdictional ACP," he said.

"I have not had any positive response as yet. My family and small children are alone on the farm. I am getting no help from the local police, who are in fact supporting the encroachers and are indifferent to our situation and the legal status of our land. Dear Sir, I request your help to stop this illegal activity of them trying to prove a false possession before the final court hearing on December 7. Please help us as I have no choice other than to take this to the Public," Al wrote.

On his social media, Lucky Ali has made the copy of the complaint public and claimed sorry for having to bring this to attention.

Rohini Sindhuri is known as an upright officer and made news earlier for confronting powerful politicians.

JD(S) MLA and former minister S.R. Mahesh had earlier made allegations on her and husband on carrying out illegal real estate business and encroachments of lands of farmers. She was transferred to the present post from the position of Mysuru district commissioner after high drama and confrontation with local politicians.