Shots for all 45-plus from today

A health worker takes a sample in Amritsar on Wednesday. PTI

As India gears up to extend its Covid vaccination drive to all people above 45 from tomorrow, the Centre today asked the states and UTs to identify low vaccine-coverage pockets, particularly in districts reporting a spike in fresh infections, and take remedial steps. 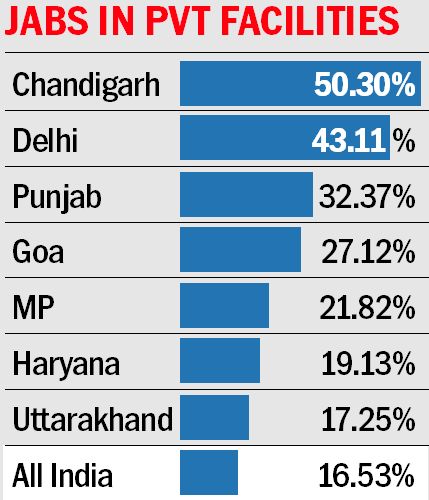 The Centre assured the states of adequate vaccine supplies, asking them to cap wastage at less than 1 per cent of the stocks and involve private facilities to speed up the drive.

The national vaccine wastage rate is averaging 6.5 per cent and corresponding rates are as high as 17.6 per cent in Telangana, over 11 per cent in Uttar Pradesh and over 8 per cent in Punjab. The online registration for vaccinations starts tomorrow morning. Eligible groups can register on www.cowin.gov.in or Aarogya Setu.

The Centre said onsite registration will be available daily at the nearest health facilities, but only after 3 pm.

This would be the third phase of the drive with the first two phases covering health and frontline workers and people aged 60-plus and 45-59 year olds with comorbidities.

In the virtual meeting with the states, the Health Ministry asked for ramping up inoculations using private facilities and target vaccine saturation among eligible age groups within two weeks in the 47 districts showing a surge. India today saw 53,480 fresh cases (total caseload now 1,21,49,335) and 354 deaths, the highest single-day fatalities this year (355 deaths were recorded on December 17). The toll has touched 1,62,468.