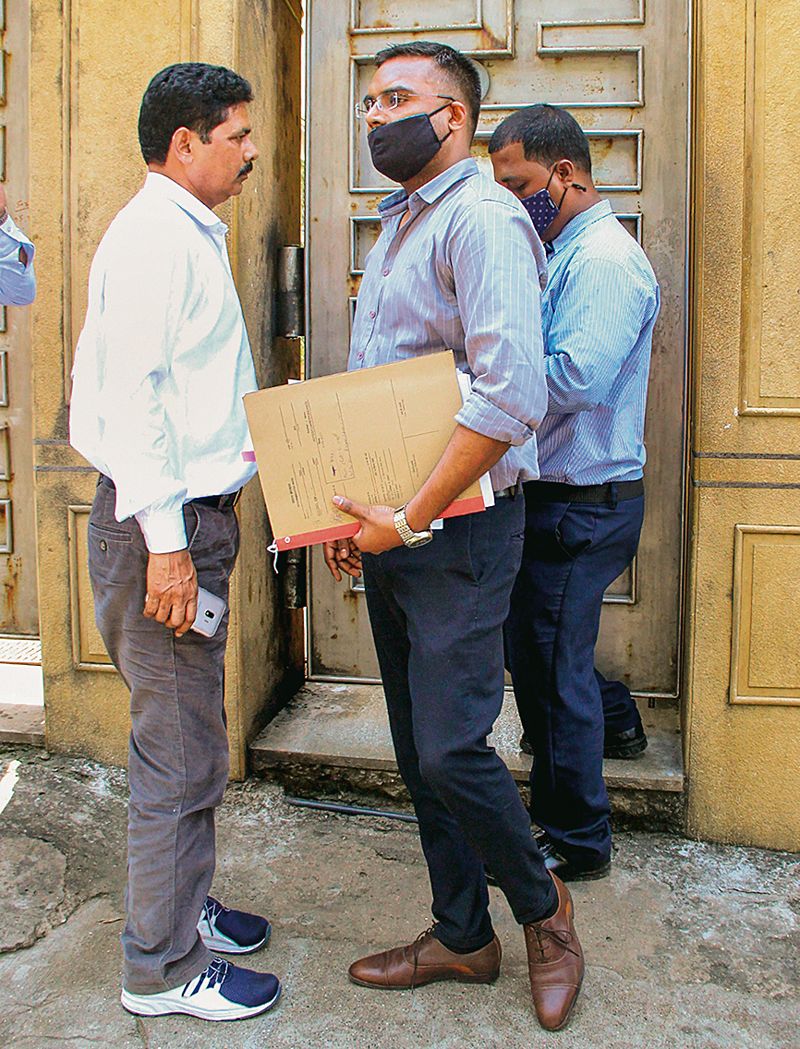 A team of the Narcotics Control Bureau (NCB) visited Shah Rukh Khan’s residence “Mannat” in suburban Bandra this afternoon for seeking from him certain material related to the investigation into the drugs case, an official said.

It also recorded the statement of actor Ananya Panday after it allegedly came across some WhatsApp chats during its investigation against Aryan Khan, sources said. Ananya’s actor father Chunky Panday accompanied her to the NCB office located at Ballard Estate in south Mumbai, where they reached around 4 pm.

After recording her statement, Ananya left the agency office around 6.15 pm, sources said, adding that she is likely to be called on Friday as well.

The NCB’s Mumbai zonal unit, which is probing the cruise drugs seizure case, in which Aryan has been arrested, visited Ananya’s residence in Bandra this morning and summoned her to record her statement later in the day, they said.

Ananya’s name cropped up in the case after certain WhatsApp chats between her and Aryan were allegedly found in the latter’s mobile phone, the sources said, adding that earlier in the day, the NCB officials seized her mobile phone and laptop.

However, the NCB officials are yet to clarify about her role, if any, in the case. - PTI

Mumbai: A special NDPS court here on Thursday extended the judicial custody of Aryan Khan and seven others till October 30 in connection with the case of seizure of banned drugs from a cruise ship off the Mumbai coast earlier this month. — PTI