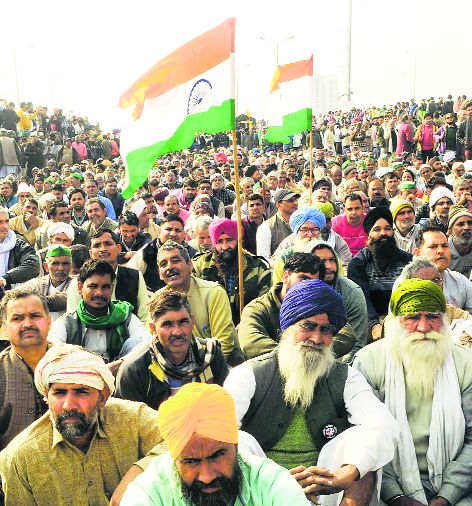 A day after the Muzaffarnagar “mahapanchayat”, a “sarv khap mahapanchayat” is being planned at Baghpat — the bastion of Jat leader Ajit Singh and son Jayant. The implications are expected to be felt by the BJP governments in UP and Haryana where the CMs are non-Jats.

BKU (Tikait) chief Naresh Tikait yesterday said supporting BJP’s Sanjiv Balyan (now Union Minister) in the Lok Sabha polls was “a mistake.” The BKU, after the demise of its founder Mahendra Singh Tikait, had lost its support base. Rakesh Tikait was routed in the elections. But things have changed now. After Naresh Tikait called off the stir following the January 26 Delhi violence, there were signs of the protest fading away in Ghazipur.

But visuals of Rakesh Tikait breaking into tears stirred the emotions of members of his community, who felt collectively humiliated. Perhaps, the BJP has inadvertently increased his relevance and brought the Jat community together.

Observers say the Modi government earlier underestimated not only Punjab farmers’ anger, but also their determination and resolve.

Most Punjab BJP leaders, the observers claim, failed to give a correct feedback to the Centre regarding the ground situation in the state.

Two more mahapanchayats are planned in UP’s Bijnor and Haryana’s Jind districts to mobilise support for the farmers’ agitation against the three contentious farm laws.

While the Bijnor mahapanchayat has been scheduled for February 1, the one at Jind will be held on February 3, BKU spokesperson Dharmendra Malik said on Sunday.