Not passive on Russia-Ukraine conflict, talking to both sides: UN envoy Ruchira Kamboj : The Tribune India 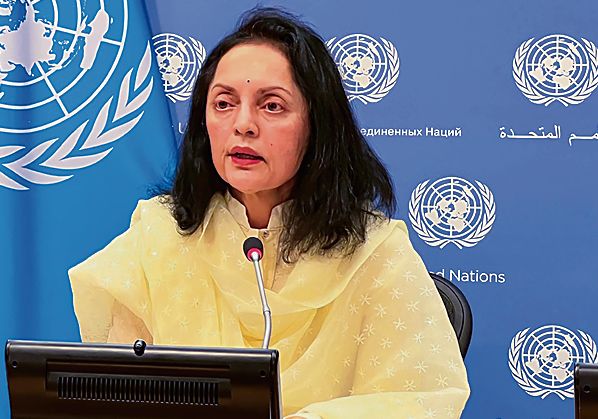 Maintaining that India shared an important relationship with Moscow, India’s Permanent Representative to the UN Ambassador Ruchira Kamboj said the country was not passive on the Russia-Ukraine conflict and was speaking to both sides.

PM Modi’s comment that “this is not an era of war” had received global acceptance and even found its way into the G20 declaration that was recently adopted in Bali, she said. Kamboj was answering questions at a briefing after India assumed the Presidency of the 15-nation UN Security Council for the month of December, during which it will host signature events on countering terrorism and reformed multilateralism.

“...we have spoken in one voice that we are for peace,” she said when asked to respond to remarks by Russian Foreign Minister Sergey Lavrov that NATO was trying to drag India into an anti-Russian and anti-Chinese alliance and on India’s relations with Russia and the West during the Ukraine war. Kamboj said at the same time, India had an important relationship with Russia.