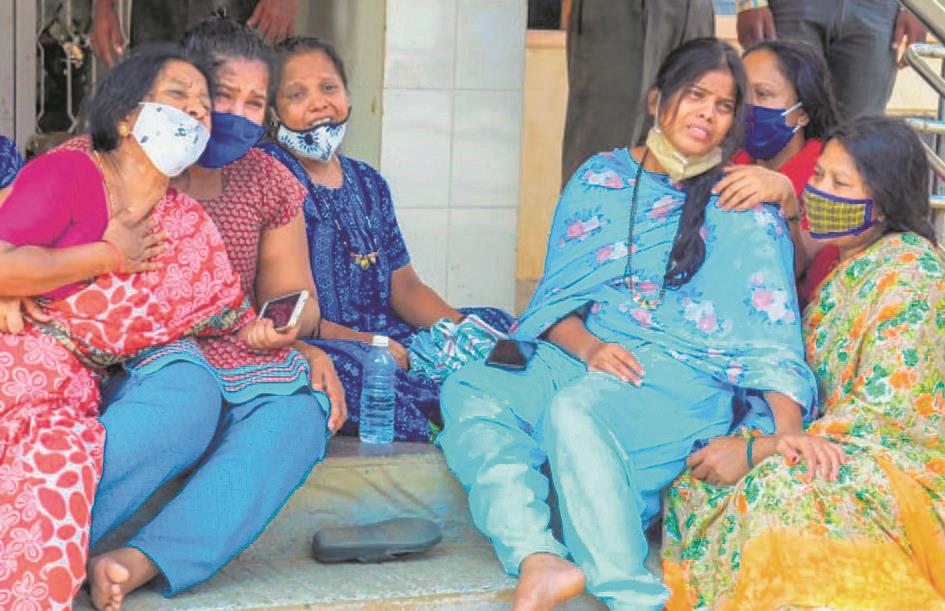 In yet another hospital tragedy in the country in recent days, 24 patients, 23 of them Covid-infected, died at Karnataka’s Chamarajanagar district hospital due to alleged oxygen shortage.

The government has ordered a probe and warned of stringent action against those found guilty. The incident evoked a sharp response from the Congress, with party leader Rahul Gandhi wondering “how much more suffering before the ‘system’ wakes up”.

Pfizer said on Monday it was sending Covid drugs worth over Rs510 cr to India as part of Covid treatment protocol, company’s CEO Albert Bourla said.

Alleging oxygen shortage, the family members of the deceased staged a demonstration at the hospital and raised slogans. Chamarajanagar district in-charge Minister S Suresh Kumar, however, maintained all the deaths did not occur due to oxygen shortage. “It’s not appropriate to say all the 24 deaths were due to oxygen shortage. These deaths occurred from Sunday morning to this morning. The oxygen shortage happened in the wee hours of Monday—from 12.30 am to 2.30 am,” he said.

As Kolkata Knight Riders’ Varun Chakravarthy (R) and Sandeep Warrier tested positive, the team’s IPL match with Royal Challengers Bangalore, scheduled in Ahmedabad on Monday, had to be postponed.

Kumar said he had ordered a death audit report to find out what these patients were suffering from, whether they had any comorbidities and in which condition they were brought to the hospital.

The SII on Monday endorsed the government statement that 100 per cent advance of Rs1,732.50 crore has been released to the company on April 28 for 11 crore doses of the Covishield vaccine for May, June and July.

Chief Minister BS Yediyurappa warned of strict action against those found responsible for the incident and also expressed shock over the deaths.

Rahul Gandhi and other Congress leaders, including former Chief Minister Siddaramaiah, hit out at the ruling BJP over the deaths. “Died or killed? My heartfelt condolences to their families. How much more suffering before the ‘system’ wakes up?” Gandhi tweeted. — PTI