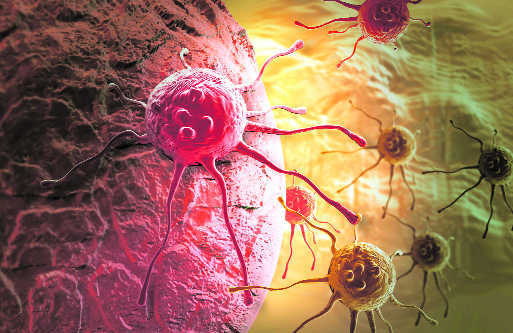 An eminent Indian-American doctor has offered a five-point solution, which he calls Panchamrit, to address the cancer crisis in India.

Prominent among them include declaring cancer a notifiable disease, subsidising cancer screening, and establishing a command-and-control centre.

“We should get accurate cancer incidence and prevalence data, like in the US. Cancer should be considered a notifiable disease. This will help to identify high-density areas and how to allot resources,” Dr Dattatreyudu Nori told PTI in an interview.

Recipient of the 2015 Padma Shri awardee for his contributions to the field of medicine, Dr Nori noted that since the establishment of the National Cancer Institute of India in 2018, significant progress has been made. But this is not enough, he asserted.

Compared to the US, we have a late start in creating NCI hence the important programmes have to be put on a fast track and accelerated path. Worried about the status of cancer disease in India, Dr Nori said he has shared his solution mechanism to decision-makers in India.

Recommending the establishment of a cancer command and control (CCC) centre in India, Dr Nori said that this should be the apex body of all the issues related to the fight against cancer in India. The cancer command and control centre should collect five-year data from the Medicare database from each state and central programme and develop cancer geographical distribution.

“Using this data, a CANCER ATLAS should be developed which should show cancer info for every district, State. This should update every five years. This should be a major source of information for all central, state and local authorities to develop their programmes and prioritise their resources,” Dr Nori said.

Finally, he said that it is important to involve non-resident Indians and organisations like the American Association of Physicians of Indian Origin (AAPI) in the fight against cancer in India.

In the last seven years, he said he has provided scientific and technical help to most of the non-profit cancer centres in India, provided education and training fellowships to oncologists to receive advanced training in the US and worked with State governments in South India and received legislative approval for cancer to be considered as a notifiable disease.

Using patient data from State Medicare payments, he said he has helped develop a comprehensive database for all cancers and for all districts in Andhra Pradesh. This is helping to develop cancer Atlas, he said.