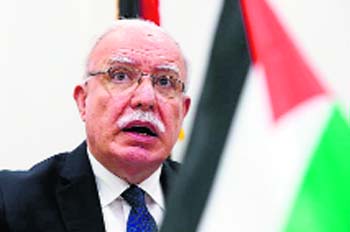 Palestine has expressed disappointment over India’s abstention from a UN Human Rights Council vote that called for a probe into Gaza violence. Palestinian Foreign Minister Riad Malki has written to External Affairs Minister S Jaishankar expressing concern over the position taken by India at a special session of the UNHRC.

India missed an opportunity to join the international community at this turning point.

India “missed an opportunity to join the international community at this turning point” and its abstention “stifles the important work of HRC at advancing human rights for all peoples, including those of the Palestinian people”, wrote Malki.

India’s abstention did not eventually matter as the resolution was passed with 24 countries voting in favour and nine against. The Palestinians felt disappointed over the Indian stand as they felt the resolution was the product of extensive multilateral consultations.