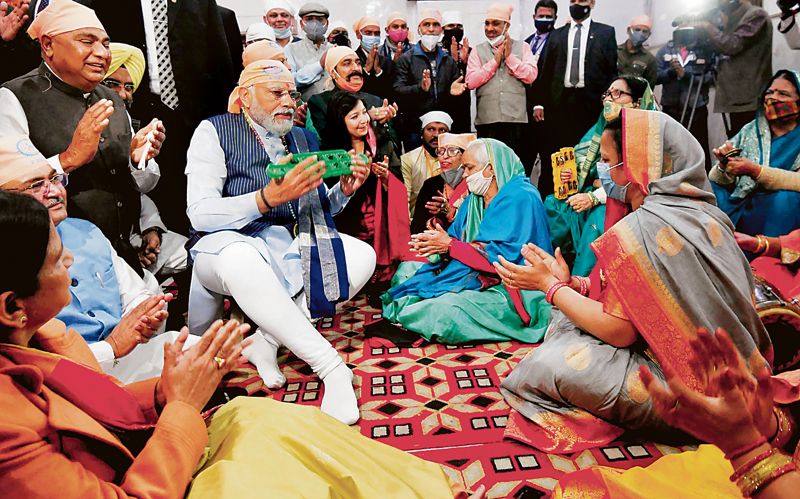 The PM also interacted with devotees and participated in the kirtan at the temple. In the message posted on visitors’ book, the Prime Minister said the life of Guru Ravidas was an inspiration.

“It is ‘maghi poornima’ today and also the birth anniversary of Guru Ravidas, who was born in the holy land of Kashi at Seer Govardhan. Today, lakhs of people are expressing their respects towards the sadhguru,” he said.