PM Modi will have to withdraw Agnipath scheme: Rahul Gandhi 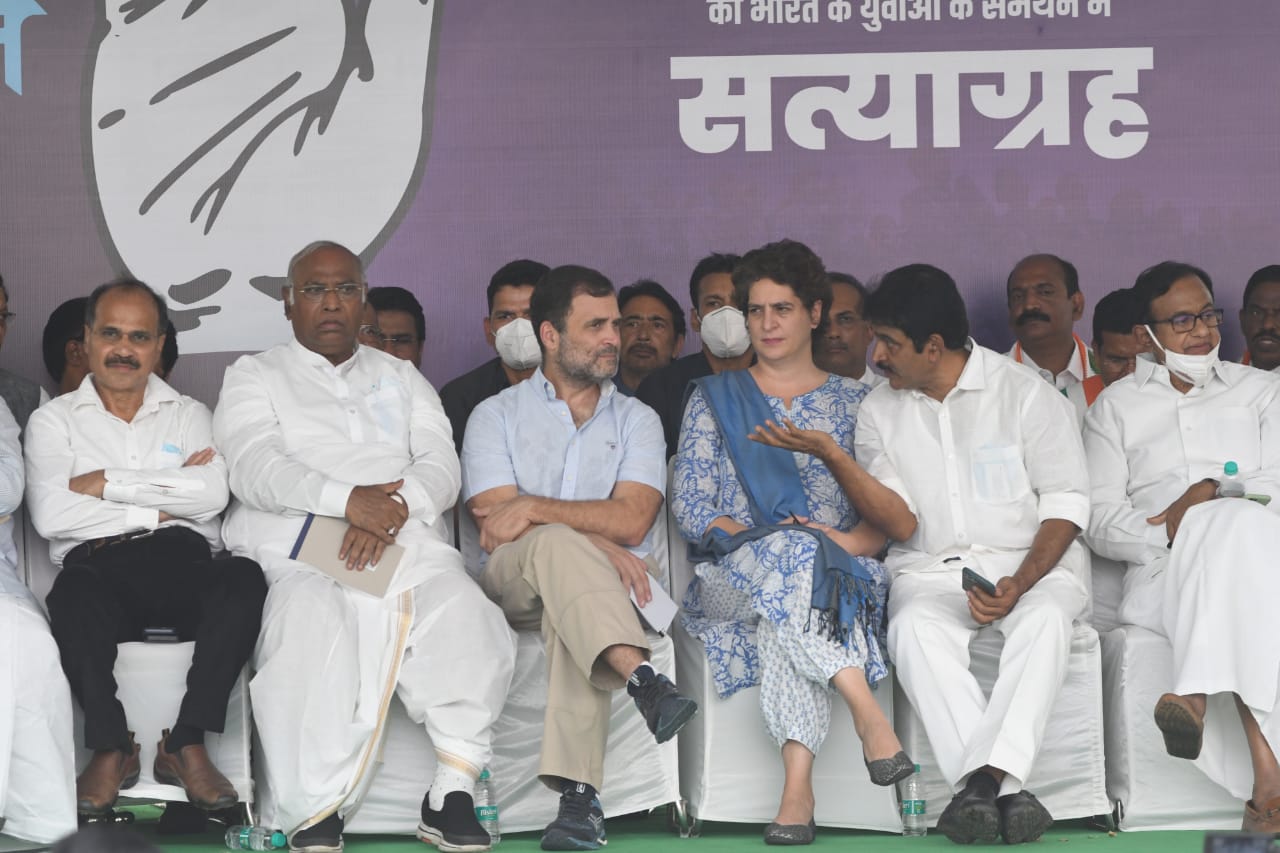 Congress leader Rahul Gandhi on Wednesday alleged that the Centre was "weakening" the army through the 'Agnipath' scheme, and said that Prime Minister Narendra Modi would have to withdraw the military recruitment initiative just like the farm laws.

The former Congress chief also thanked party workers for their support during his questioning by the Enforcement Directorate in the National Herald case, and said he was not alone during the questioning but all those fighting for democracy were with him.

The biggest issue in the country is of jobs and the government has broken the "spine of the country" by harming small and medium businesses, Gandhi said, addressing Congress parliamentarians and legislators from across the country who converged at the party headquarters here to express solidarity with him after he was questioned by the ED.

He alleged that Narendra Modi had "handed the country to two to three industrialists" and now the last resort of jobs in the army had also been "closed".

"They used to talk of 'one rank, one pension', now they have come up with 'no rank, no pension'," Gandhi said.

He alleged that the Chinese army is "sitting on our land" and asserted that the army should be strengthened but the government is "weakening it".

"When there is a war the results of this will be evident...they are weakening the army, it will harm the country and they call themselves nationalists," Gandhi said.

"I had said about farm laws that Modiji would have to take them back and he did. Now, the Congress is saying Modi will have to withdraw the Agnipath scheme and all the youth are with us on this," he said.