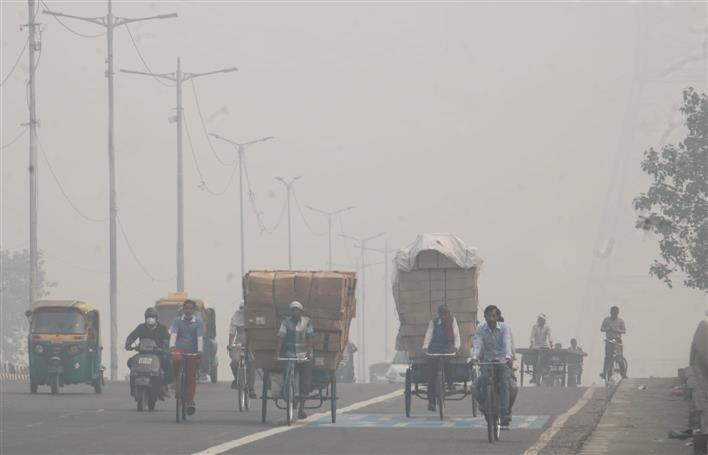 The air quality index (AQI) in Delhi was recorded in the 'very poor' category on Saturday morning, according to data issued by the Central Pollution Control Board.

It is expected to improve from November 29 onwards due to high wind speed.

Local surface winds are likely to increase slightly for the next two days, dispersing pollutants and leading to a slight improvement in the air pollution, but the AQI will be in the "higher end of the very poor" category, officials said.

The share of stubble burning in Delhi's PM2.5 pollution was eight per cent.

On Saturday, the AQI of Delhi was recorded at 407 around 9 am. The corresponding figures for Faridabad, Ghaziabad, Gurugram and Noida were 434, 376, 378 and 392, respectively.

The air quality in the national capital has remained in the 'very poor' or the 'severe' category on most days in November so far.

Delhi recorded its lowest air pollution levels of the month in terms of the 24-hour average quality index on November 1 (AQI 281) and November 23 (AQI 290). PTI