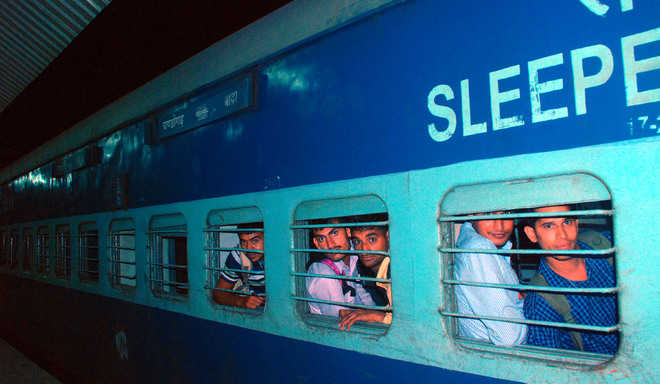 The Mumbai-Delhi Rajdhani Express train hit a cement pillar, which some miscreants had allegedly placed on the railway track near Valsad in south Gujarat, although no passenger was injured, police officials said on Saturday.

The police suspect that the incident, which took place around 7.10 pm on Friday, was an attempt to derail the Delhi-bound train. They have registered a case.

"The Mumbai-Hazrat Nizamuddin August Kranti Rajdhani Express train hit the cement pillar placed on the railway track close to Atul station near Valsad. After being hit by the train, the pillar got pushed off the track. The incident did not affect the train as it moved on and no passenger was hurt. The loco pilot immediately informed the Atul railway station personnel," an official of Valsad rural police station said.

On being alerted, senior police and railway officials rushed to the spot.

"Some miscreants had placed the cement pillar on the track. The train hit the pillar, after which the train manager immediately informed the local station master," Rajkumar Pandian, Range, IG of Surat, told reporters.

It appeared to be a case of an attempt to derail the train, he said, adding that the police are conducting an investigation.