Without naming anyone, BKU leader asks people to tie up the ‘bull’ and not allow him to step outside Hyderabad and Telangana 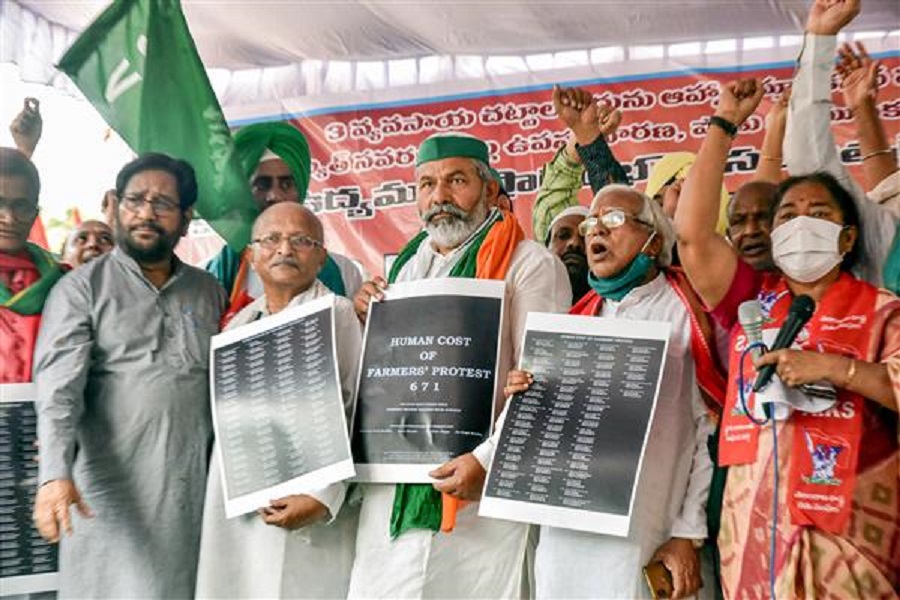 However, he did not name anyone.

Addressing a ‘Maha Dharna’ organised by All India Kisan Sangharsh Coordination Committee (AIKSCC)-Telangana unit here, marking one year of the countrywide agitation by the famers against the three contentious agri laws, Tikait asked people to tie up the ‘bull’ and not allow him to step outside Hyderabad and Telangana.

“(Woh aapka ek belagam saand) One unruly bull from here which helps BJP... tie him up here itself. Don’t allow him to go outside Hyderabad and Telangana. He helps BJP (win polls)... He talks one thing and his intentions are different. Both are A and B team and the entire country is aware,” the BKU national spokesperson said.

“Wherever he goes helps the BJP. Tie him up or it will help BJP win,” the BKU leader said.

Later, while talking to reporters, Tikait was specifically asked who he was referring to as the bull, but he did not give a direct reply and said “You search... who is it. Wherever it goes it helps BJP win.” PTI