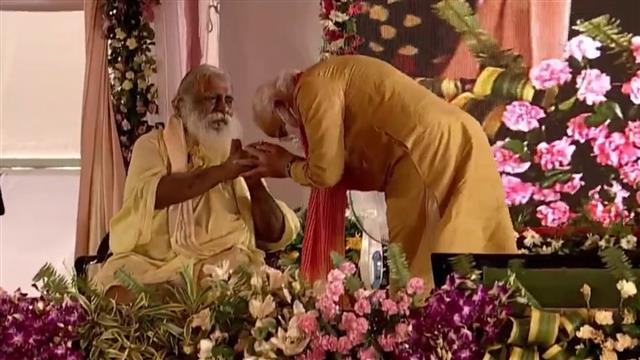 Ram Janmbhoomi Teerth Kshetra trust president Mahant Nritya Gopal Das, who is admitted to a hospital here, was put on oxygen support on Monday as he complained of difficulty in breathing, according to a health bulletin.

Das was admitted to the Medanta Hospital on November 9 for thromboembolism. The seer was taken to a hospital in Ayodhya after he complained of breathlessness, but doctors had referred him to the Lucknow hospital as his condition was “serious”.

A bulletin said the 80-year-old seer was put on oxygen support after he complained of difficulty in breathing. He has been kept under the watch of critical-care experts, who are monitoring him throughout the day. PTI