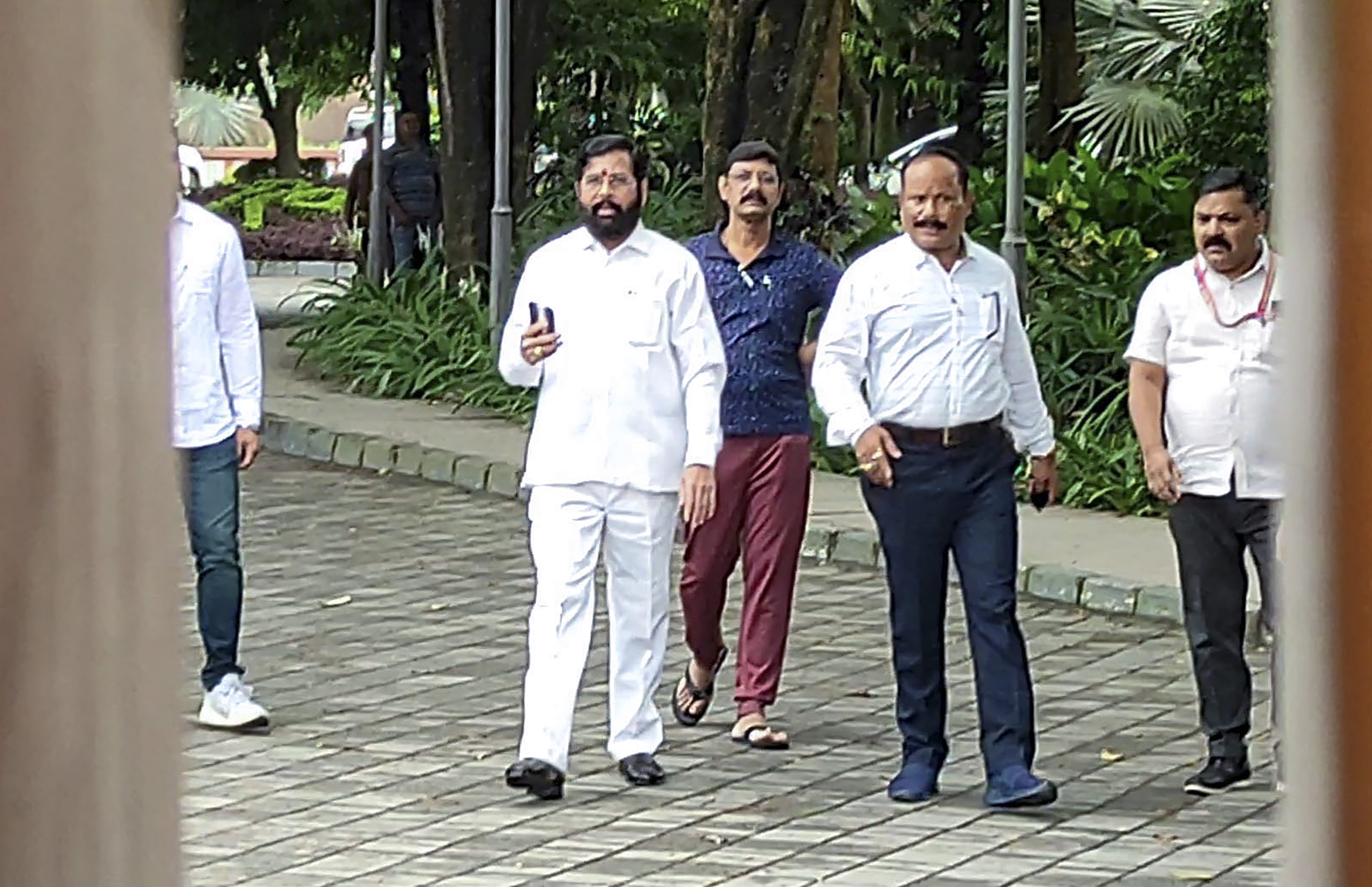 Rebel Shiv Sena MLAs led by senior leader Eknath Shinde, who are currently camping in Goa, will hold a meeting on Thursday to decide the way forward as they are likely to support the BJP to form the next government in Maharashtra following the resignation of Uddhav Thackeray as chief minister.

A chartered flight carrying the breakaway MLAs landed at the Dabolim airport in Goa on Wednesday night from Guwahati. They are staying in a luxury hotel at Dona Paula.

"We will hold a meeting on Thursday to decide our future course of action," Deepak Kesarkar, the spokesperson of the rebel group, told a television channel.

He said the decision would be taken by Shinde after talks.

Kesarkar said a decision on when to leave Goa for Mumbai is yet to be taken.

"Whether to leave on Thursday or Friday is yet to be decided," he said.

When asked about the Supreme Court verdict on Wednesday in which it refused to stay Maharashtra Governor BS Koshyari's direction to the Uddhav Thackeray-led government to take a floor test in the Assembly, Kesarkar said there was nothing to feel happy about it as the NCP and Congress made Sena people fight among themselves.

"We had tried to avoid it (rebellion)…But it could not be avoided," he said.

Reacting to Thackeray's resignation, Kesarkar said the Sena MLAs had urged him to pull out of the Maha Vikas Aghadi even on Wednesday, but he preferred to approach the Supreme Court.