He told Tikait that their fathers, Parkash Singh Badal and Mahendra Singh Tikait, have long upheld the cause of farmers. 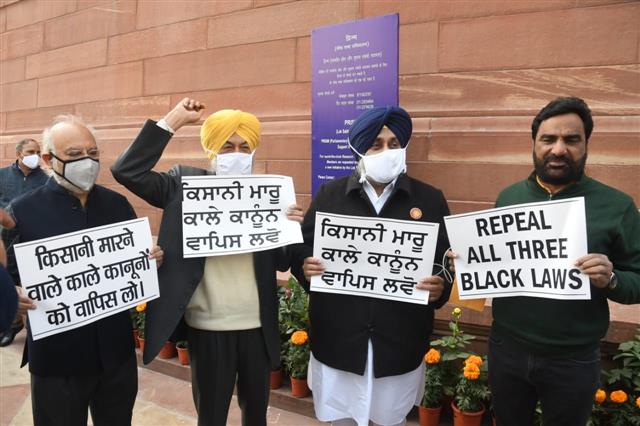 Shiromani Akali Dal president Sukhbir Singh Badal on Friday extended support to BKU leader Rakesh Tikait, who, along with his supporters, is camping at Delhi-UP border near Ghazipur.

He told Tikait that their fathers, Parkash Singh Badal and Mahendra Singh Tikait, have long upheld the cause of farmers.

Thousands of protesting farmers have been protesting at Delhi's borders with Haryana and Uttar Pradesh demanding the rollback of the Farmers' Produce Trade and Commerce (Promotion and Facilitation) Act, 2020, the Farmers (Empowerment and Protection) Agreement on Price Assurance and Farm Services Act, 2020 and the Essential Commodities (Amendment) Act, 2020.

The protesting farmers have expressed apprehension that these laws would pave the way for the dismantling of the minimum support price system, leaving them at the "mercy" of big corporations.

However, the government has maintained that the new laws will bring farmers better opportunities and usher in new technologies in agriculture.