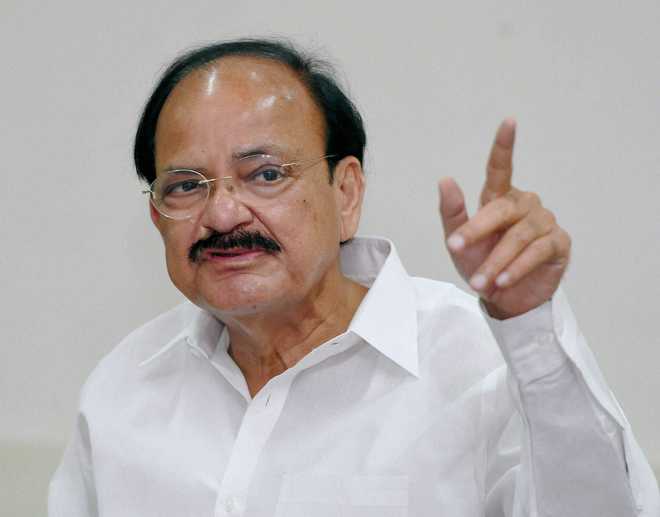 Vice President of India M Venkaiah Naidu on Sunday praised the grit and determination of Indian Paralympians, saying they brought cheer and hope to the entire nation through their stellar performances at the Tokyo Games.

Addressing a felicitation ceremony in Gurgaon for athletes of Haryana who represented India at the Tokyo Paralympics, the vice president lauded the entire contingent for winning the highest-ever tally of medals for the country.

Recognising that these achievements were not easy, he said the entire nation is proud of them.

“You have overcome several obstacles, demolished stereotypes and have triumphed over social attitudes that looked down upon sports,” Naidu said.

The vice president, together with Haryana Chief Minister Manohar Lal Khattar, distributed cash awards worth over Rs 27 crores among 19 medallists and participants of Haryana in the Tokyo Paralympics.

“Having got an opportunity to felicitate these talented sportspersons of Tokyo Paralympics 2020, I feel honoured,” Naidu said.

Shooter Manish Narwal and javelin thrower Sumit Antil, both gold medallists, were given cash awards of Rs 6 crore each, an official statement said.

Yogesh Kathuniya, who clinched a silver in men’s discus throw, and Singhraj Adhana, silver medallist in men’s shooting, were awarded Rs 4 crore each.

Bronze medallist in archery Harvinder Singh was given a cash prize of Rs 2.5 crore, the statement said.

Emphasising on the need to create a sporting culture in the country, the vice president called for developing sports as an attractive and viable career option for the youth.

He complimented the Haryana government for taking several policy initiatives in this connection.

Taking cognisance of the general lack of sporting facilities for differently-abled sportspersons at the local level, Naidu called for creation of more such centres.

He also emphasised the need to identify and encourage differently-abled sportspersons at the local level. —PTI