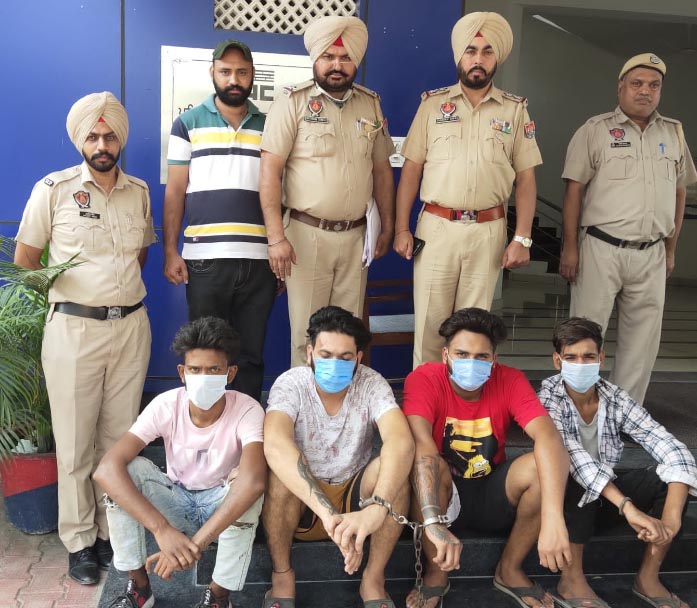 The Sadar police arrested four persons and confiscated 58 boxes (696 bottles) of liquor meant for sale in Haryana, in two cases. A team of the Sadar police, under the command of Sadar SHO Sukhdev Singh, arrested Piyush and Abhimanyu, both residents of Mathura Colony here, and seized 96 bottles of ‘Charli Santra’ liquor.

SHO Sukhdev Singh said that two FIRs under various Sections of the Excise Act were registered against the accused. — TNS