Three paneer samples fail test in past over one month 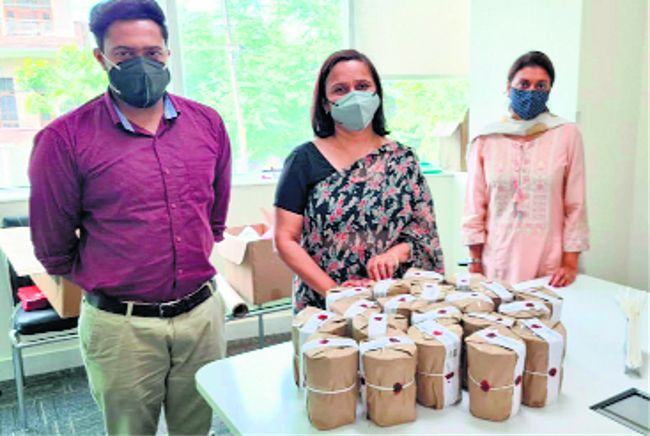 Ahead of the festival season, adulteration in paneer has already become a cause of concern for the Health Department here.

Once again, a paneer sample obtained by the Health Department has been found “unsafe for human consumption”.

She said the paneer sample was adulterated with foreign fat.

Dr Jetly said the samples were collected by the Health Department team from Rajpura during an emergency raid, following a request by the Patiala Police.

The Health Department though claimed that the stock of adulterated paneer was destroyed by the Patiala Police.

This is the third paneer sample in the past over one month which has been found unsafe for human consumption.

Earlier, a sample of Milk Dairy in Bhadson town was found unsafe.

Sources said the adulterated paneer had been supplied to many sweet shops in the wake of increased demand.

When asked about the adulteration, Dr Jetly said: “Few days ago, we held a meeting with the Halwai Association. They had been directed to follow the FSSAI guidelines.”

Meanwhile, it has been learned that of the 37 samples collected last month, 11 have failed the quality standards.

Health Department officials said: “There are not enough provisions in the existing laws to stop the sale of adulterated items on mere suspicion without lab report.”