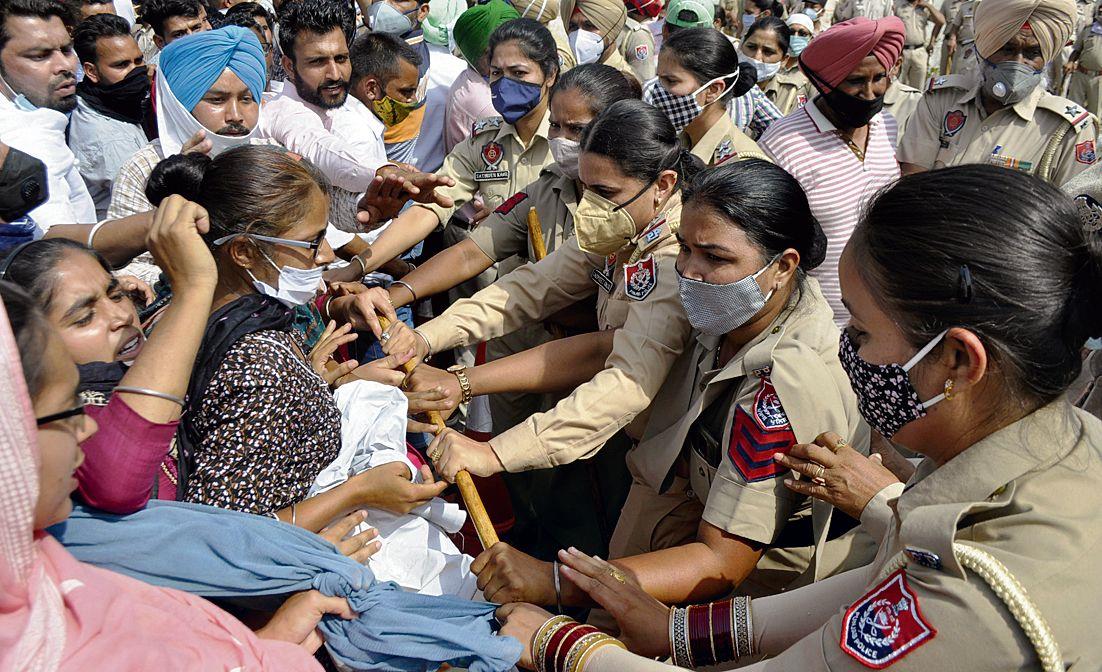 A minor tussle took place between unemployed ETT and TET pass teachers and police officials when the former tried to march towards the Chief Minister’s residence today afternoon. Teachers also held a sit-in at Fountain Chowk, which created traffic bottlenecks in the city.

Unemployed teachers carried out a protest march from Leela Bhawan Chowk to Fountain Chowk. An hour-long sit-in was held at the site, which obstructed traffic.

Commuters were stopped from using road near Leela Bhawan Chowk and Sheranwala Gate, which left many stranded in a traffic jam in the internal city area.

Later, when teachers marched towards the Chief Minister’s residence a minor tussle took place between them and police personnel.

Teachers’ union leaders Deepak Kamboj and Sandeep Sama said they had been demanding separate posts for ETT and TET pass candidates. They wanted the government to start recruitment drive for 10,000 ETT teachers, leaders added. Extra marks should not be given to education providers and volunteers while hiring, said leaders. ETT and TET pass teachers should be given age relaxation, leaders added.