Four of gang arrested for theft at six shops in Patiala : The Tribune India 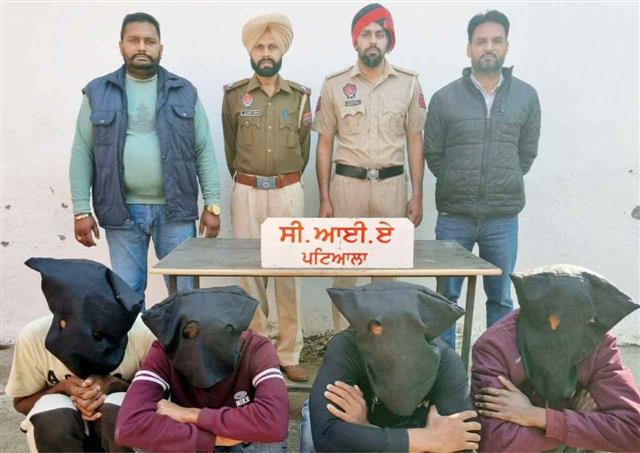 The police and the CIA officials have arrested four members of a gang involved in cases of theft. The four have been identified as Akash, Golu Singh, alias Siva; Malkit Singh, alias Actor; and Sunny, alias Mota.

The officials said the four suspects had stolen goods from more than six shops during the night.

The police have registered a case at the Sanour station under Sections 399 and 402 of the IPC. Patiala SSP Varun Sharma said the police officials also seized weapons and a motorcycle from their possession. He said a number of police cases have already been registered against them. “We will inquire into more cases during their police remand,” he added.