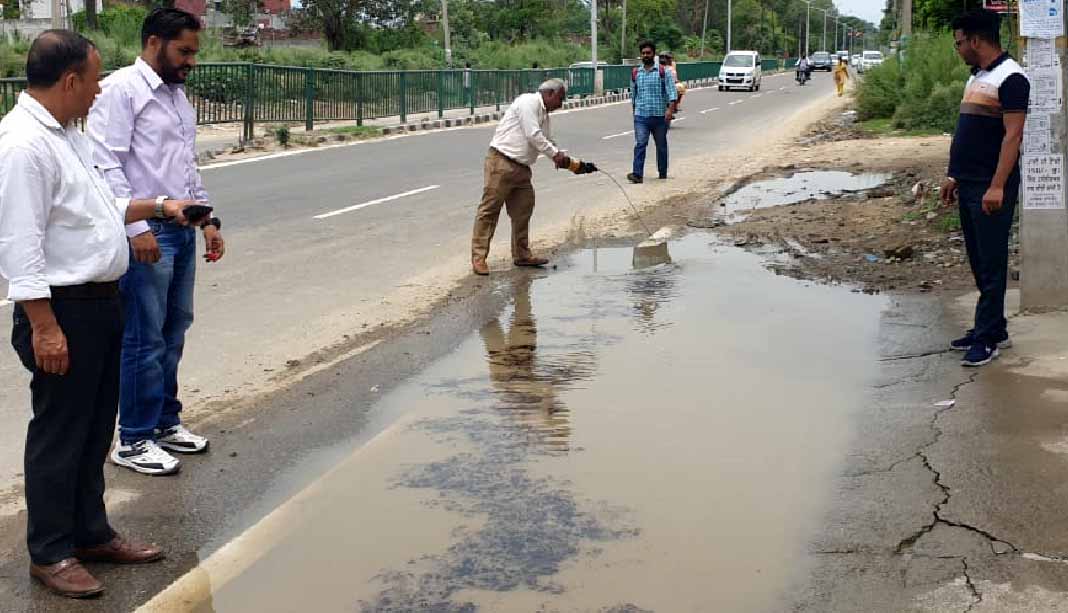 The Municipal Corporation has not issued any challan despite detecting dengue larvae from over 500 places in the city. Finally out of deep slumber, the MC has started spraying used engine oil on stagnant water to ward-off dengue spread.

The MC officials said teams of the health branch had been directed to work on the ground to spray used engine oil on stagnant water. Joint Commissioner Jiwan Jot Kaur said during rainy season water stagnated in used tires, bottles, utensils, waste products and other places. She said the corporation would resort to stray fogging in the city when needed.

As per records, the district Health Department had identified dengue larvae from over 500 sites in the Patiala city alone. Officials of the Health Department said visits to residential and other places along with ‘Friday Dry Day’ activities were carried out regularly.

The MC officials said they were yet to start door-to-door visits and checking.

They said the corporation was also yet to start issuing challans to owners of places where the dengue larvae were found. An official requesting anonymity said, “The health branch is understaffed and most of its workers are busy in implementation of the garbage collection rules. The employees are trying to ensure that people desist from using banned plastic carry bags.”