The three-year-old girl had been missing since October 13 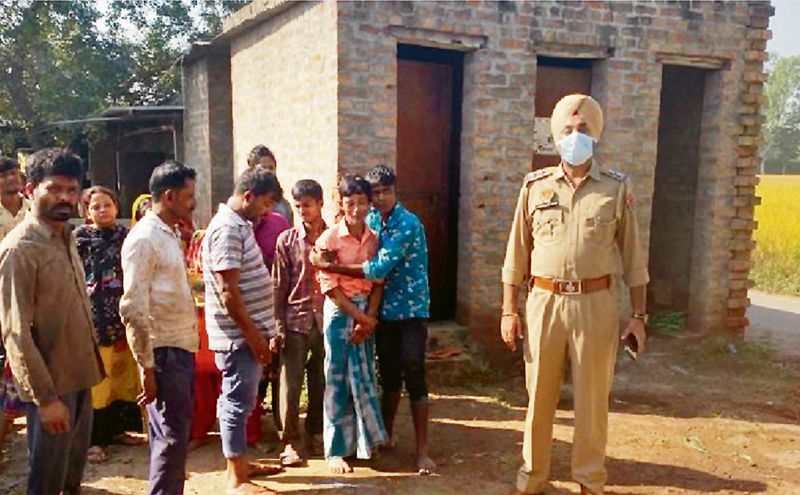 Family members of the girl, who was found dead in the septic tank of a plywood factory, near Badanpur village, in the Samana block of Patiala district on Saturday. Tribune photo: Rajesh Sachar

The district police arrested the owner of a plywood factory after a missing three-year-old girl’s body was found in a septic tank on the premises of his factory, near Badanpur village, in the Samana block of the district.

The owner, identified as Purshottam Kumar Garg, has been booked under Section 304-A (causing death by negligence) of the Indian Penal Code. The police said the victim, daughter of a migrant labourer, Dilavar, from West Bengal, who works at the factory, had gone missing around 3 pm on Wednesday.

The following day (October 14), the father of the victim approached the police with the missing complaint of his daughter. Acting swiftly, the police visited the factory and started searching the surroundings. Ankurdeep Singh, Station House Officer, Samana Sadar, said that during search they found the body of the girl in the septic tank. The SHO said, “After registering a case on the statement of the victim’s father, we have arrested the factory owner under Section 304- A of the IPC. The body has been handed over to the victim’s kin.”

The SHO said every factory owner should take necessary steps to ensure the safety of the labourers and their family members to avoid untoward incidents.