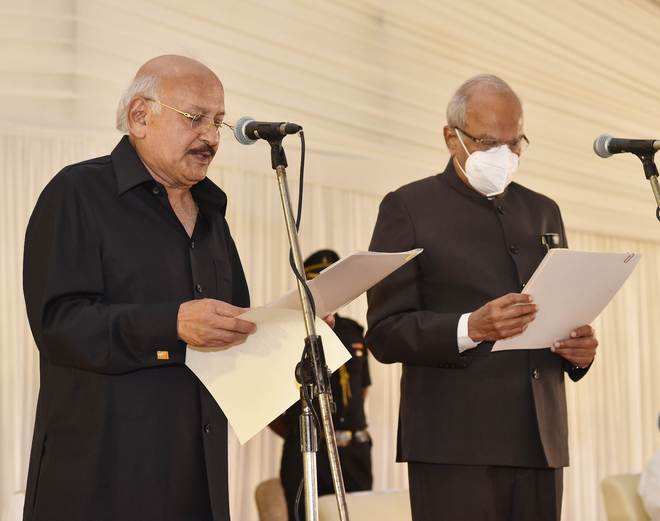 The royal city is the biggest loser in today’s Cabinet expansion, down to just one minister from three during the Capt Amarinder Singh government.

It is sad Patiala has lost more representation in Cabinet. However, the 2022 polls are important and we support the high command’s decision. — KK Malhotra, District Congress Chief

The New Moti Bagh Palace, the official residence of the former CM, has been wearing a deserted look ever since the change of guard.

With the exit of Patiala (Urban) MLA and former Chief Minister Capt Amarinder Singh and Nabha legislator Sadhu Singh Dharamsot, Patiala (Rural) MLA Brahm Mohindra was the lone minister from the district to take oath in the Channi Cabinet today. He was the Local Bodies Minister in the outgoing Cabinet.

After having lost out on the Deputy CM’s post, the adjustment of Mohindra in the new Cabinet has left people worried over the fate of ongoing projects, including construction of bus stand, shifting of dairies, heritage street and canal drinking water supply for city.

“While Mohindra will now hold the key to Patiala as he is the lone face in the Cabinet, PCC chief Navjot Singh Sidhu is likely to announce a new team in the Patiala Congress before the 2022 polls,” said a source.

“The only saving grace could be a possible patch-up between Capt Amarinder and Sidhu. If that doesn’t happen, a complete reshuffle in the district Congress is not ruled out with more Sidhu supporters finding a place,” he said.