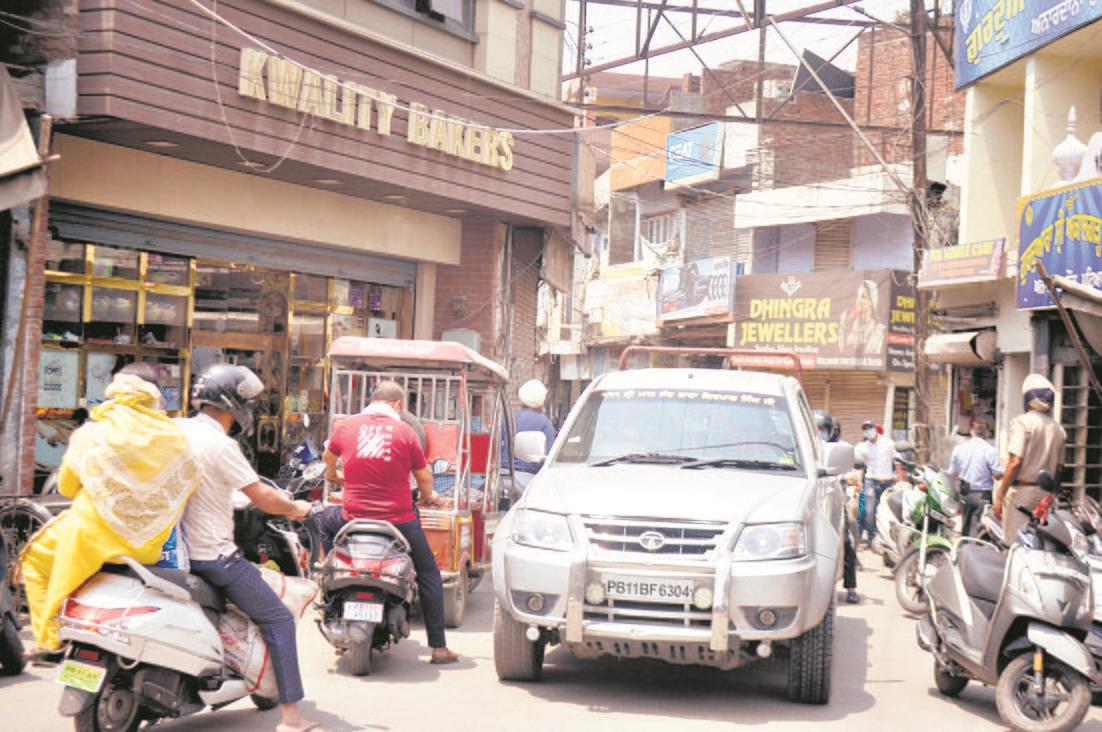 Shops remained open and people moved around on vehicles in Patiala on Wednesday. Tribune photo

Huge rush of people in various streets and on roads was witnessed in the city in the afternoon today. While there were curbs on opening of markets and shops, still people violated the norms by venturing out on two and four-wheelers.

“People are free from office and school work. As such, they gather in adjacent parks and at roundabouts in the evening hours. Such gatherings should be avoided to successfully implement curbs. But, people don’t follow instructions,” said a city resident.

People also visited various shops as police officials tried to maintain law and order. Shops, including those dealing with the sale of non-essential items, like bakeries and clothes, also opened at various locations in the city.

Later, in the evening a flag march led by District Magistrate-cum-Deputy Commissioner Kumar Amit and SSP Vikram Jeet Duggal was held to sensitise people about the grim situation of the Covid pandemic.

The District Magistrate appealed to people to cooperate with the administration during the curfew imposed to curb the spread of the virus and ensure strict compliance of instructions issued by the state government.

The SSP warned that if people violated curfew then strict action would be taken against them as per the law. He said 539 cases had been registered against offenders, who violated District Magistrate’s orders during the last one-and-a-half-month.