Pulled up for treating symptomatic patients without RT-PCR Covid test 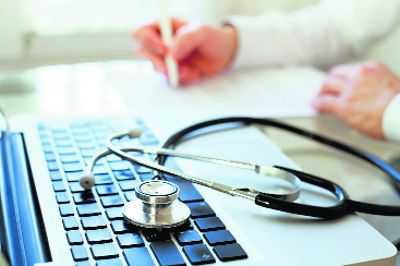 In the wake of the rising number of Covid deaths despite a sharp decline in the number of positive cases, the Health Department has issued strict warnings to private hospitals against “hiding” suspected cases.

The department has found private players using non-confirmatory methods such as CT scan and X-ray for Covid detection. The department said during the inquiry of recent Covid deaths, it was found that a number of patients had visited private hospitals with symptoms, but their RT-PCR test was not conducted, owing to the delay in the treatment.

In an incident, a private hospital allowed a Covid positive patient aged around 75 to go home without informing the Health Department. The said patient died within a few hours.

Notably, 64 cases have been reported in the past four days while 11 people died of Covid — a mortality rate of 17 per cent. Sources said positive cases were going ‘unreported’ that later lead to deaths.

Patiala Civil Surgeon Dr Satinder Singh said: “We have issued a strict warning after it came to fore that private hospitals and clinics were treating symptomatic patients without getting a Covid test conducted. In fact, private practitioners were not even isolating the suspected patients.”