Row over allocation of land for Verka booth in Patiala 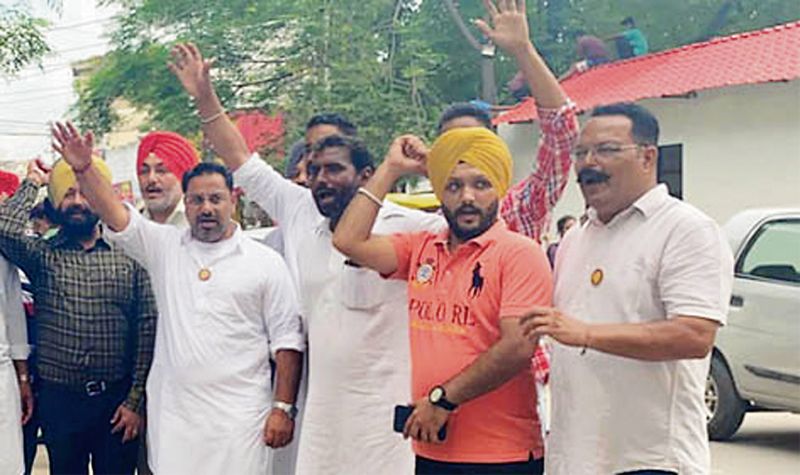 Chaos ensued at Sheran Wala Gate here this evening as leaders and workers of the Youth Congress and the Shiromani Akali Dal (SAD) entered into arguments over the setting up of a Verka booth on public land adjacent to the gate. The allocation of the site by the Municipal Corporation has invited the ire of residents and political parties alike who questioned the decision, stating that it is government land adjacent to the road and there is already a lack of parking space in the area.

Residents and employees of various office in the area said while there was already a lack of parking space at the site, the corporation was allocating space used for parking of vehicles, for the setting up of a booth.

A resident said: “Many shops in government projects of the Improvement Trust and others in the city are gathering dust as they have been lying ignored years after their construction and expenditure of public funds on these. There are no takers for them. The corporation is allocating public land of footpath and parking space for the setting up of Verka booths in an already congested spot.”

Harpal Juneja, a leader of the SAD, said he was on his way when he stopped to look at the site. “They are raising a Verka booth by encroaching on public land here. This is government land. Leaders of the Congress are encroaching on here, while the party-led corporation is itself breaking pavements built in front of houses.”

Juneja said: “This construction and erection of the booth is in complete violation of municipal norms. Therefore, we have decided to take up the matter with the MC Commissioner’s office. If it all fails, we will launch a protest over the matter.”

Meanwhile, MC Commissioner Poonamdeep Kaur said the land was earmarked and allocated by the corporation after taking it up at a meeting of general House. “The House had given its approval for setting up a Verka booth here. The permission for the erection of a booth was given only after that.”

Asked about residents’ claims that it was public land, she said Verka booths were usually designated on roadside only. She said: “Those who have concerns with it should give a representation in writing to the MC, which will be considered.” — TNS

Municipal Corporation Commissioner Poonamdeep Kaur said the land was earmarked and allocated by the corporation after taking it up at a meeting of the General House. “The House had given its approval for setting up a Verka booth here. The permission for the erection of a booth was given only after that.”