Row over soil extracted for beautification project in Patiala

Conflicting claims by officials of Water Resources Dept over nod 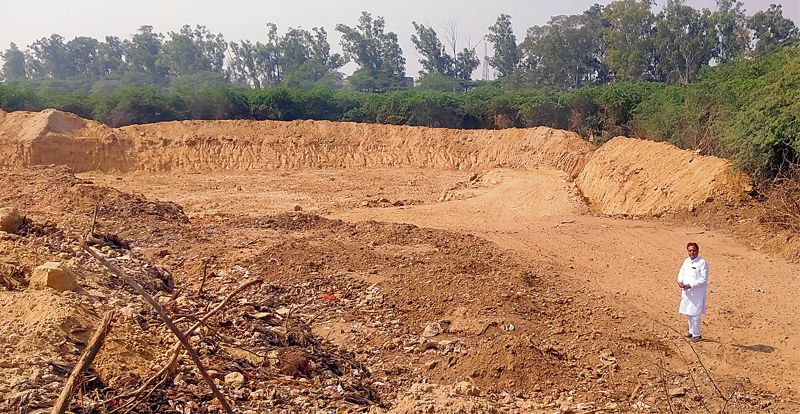 Officials of the drainage wing of the Water Resources Department are now in conflict over the use of ‘soil’ extracted from the nearby Chhoti Nadi for its beautification project. While drainage SDO Nishant Garg has alleged that soil is being illegally extracted from near the Nadi and is being used without permissions, drainage XEN Sangrur Gagan Gill, who is looking after the Chhoti Nadi project has rejected the claims.

Drainage SDO Nishant Garg on Wednesday said soil had been extracted from near the Chhoti Nadi where land had been dug 20 feet. “We have written a letter to officials of the Water Resources Department demanding an explanation on extracting soil. It is being extracted without permission. Officials of the department are aware that they need permission for extracting soil. I am not sure if the letter sent today has been delivered,” Garg said.

Responding to the allegations, drainage XEN Sangrur Gagan Gill said, “There is no illegal mining and the soil is ‘good earth’. We have been permitted to use good earth for the Chhoti Nadi project, which is put in the compaction zone. It is not sand. The good earth was required for the project and we have the necessary permissions for the same. It is incidental to the project. The soil being used is of the Chhoti Nadi only. We have permission for its use.”

Gagan said he had no knowledge of a letter written by officials of the Water Resources Department over the matter.