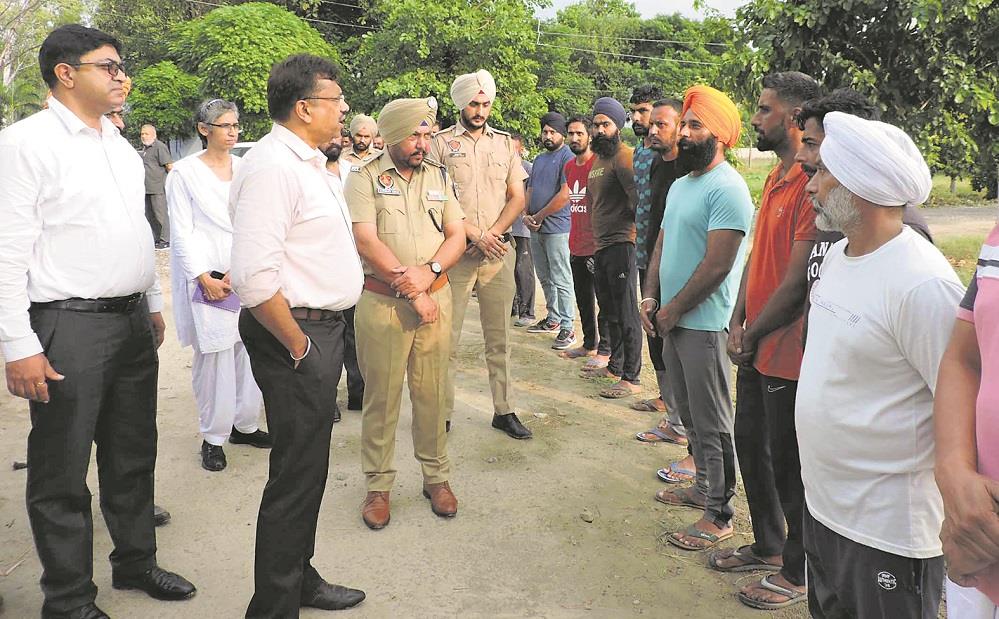 Tarsem Mangla spoke to the jail inmates regarding their grievances and problems being faced by them. Most of the jail inmates requested for speedy disposal of their cases pending in the district courts. Mangla assured them that necessary directions would be issued to the concerned courts for disposing of their cases expeditiously. Some inmates also requested for their transfer to jails in other districts on the ground that either their family members were lodged there or they belonged to those districts.

The jail superintendent was asked to take up the matter with the higher jail authorities for transfer of these inmates as per rules of jail manuals. The jail superintendent was also asked to pay special attention towards medical facilities which were being provided to the jail inmates. On the occasion, kitchen was also inspected and meal provided to the inmates was found to be satisfactory.