No supply as farmers block major rail routes across state 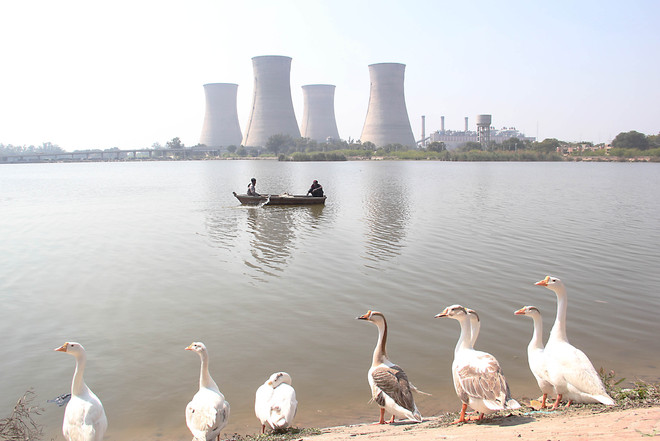 With nearly all major rail routes in the state blocked in the face of farmers’ protest against the agriculture laws, state’s thermal plants have curtailed power generation, limiting supply to the farm sector, as their coal stocks have dwindled.

Since the farmers are blocking over three dozen major rail routes, coal stocks from the mines are not reaching the thermal plants. “If the situation continues, power supply to various sectors will be hit badly, given the state’s dependence on thermal power,” said a senior official.

The three thermal plants in the state are trying to save on coal by limiting power generation. In the private sector, Rajpura-based Nabha Thermal Plant is left with only 5.5 days of coal, while Talwandi Sabo Power Limited has stock for only 2.4 days. The situation is critical at Goindwal Sahib Power Plant in Tarn Taran, which has only half a day of coal stock left.

“We are meeting our present demand in all sectors through hydel and thermal generation from private plants. State-owned units will be put to use once we feel the need,” said a top official.

“A majority of our plants are running at less than half their capacity, as shutting and then restarting a unit costs lakhs of rupees,” said a PSPCL officer.

“Industry has finally started operating after the Covid-induced lockdown and any power pangs now will hit it and the state’s economy hard,” he said, adding the government had been apprised of the matter.

Senior PSPCL officials said the total power supply in the state was 1,570 lakh units (LUs), of which Nabha Thermal plant accounted for 350 LUs and Talwandi Sabo 158 LUs, in addition to solar and hydel power. The maximum demand in the state was 7,700 MW with an evening peak at 6,242 MW.

In March 2020, the coal stock at thermal power plants in the country had risen to its highest-ever level of 39.48 million tonne. As per the mandate of Central Electricity Authority (CEA), thermal plants have to maintain 22 days of fuel stock.

Farmers alleged tube-wells were getting only two to three hours of supply a day, while certain domestic consumers were facing outages during peak hours. However, PSPCL denied any power cuts as of now. “Power supply has been hit at certain places only due to snags or repairs. As of now, we are not resorting to power cuts,” said an official.