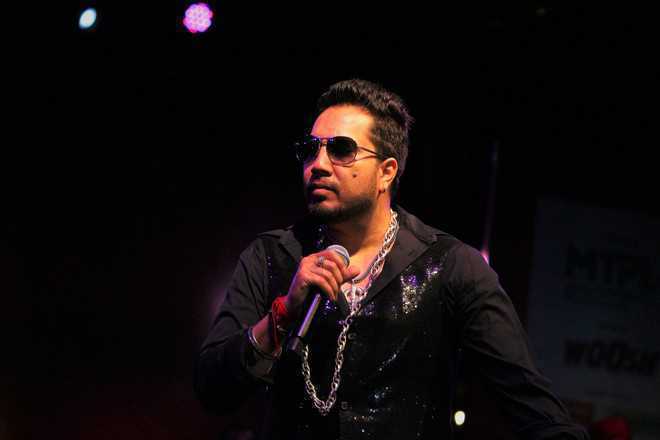 During the act, Mika left everyone surprised by walking over to Bhoomi and leading her to the stage even as he continued singing the song.

At one point he asked Bhoomi: "Mujhse shaadi karogi (will you marry me)?"

Following this, host Karan Wahi asked Bhoomi and Mika to dance together, and that's when Mika went down on his knees and asked her the question once again!

"Bhoomi, ab toh bata do, mujhse shaadi karogi? Sab log Bhoomi se jude hain, maine socha main bhi Bhoomi se jud jaaoon (Bhoomi tell me now, will you marry me? Everyone is connected to Bhoomi, I thought I should, too). What do you guys think about Bhoomi Singh?" Mika said.

Bhoomi replied: "What do you think about Mika Trivedi? But to be honest, I have come here to find a bride for you, it would be injustice to them."

The episode airs on Zee TV on Saturday evening.

Recently on the show, Mika Singh had declared that he would get married only after Bollywood's "most eligible bachelor" Salman Khan ties the knot. — IANS