Punjabi audiences are back to theatres and the industry is surely picking up again. Here is what experts opine 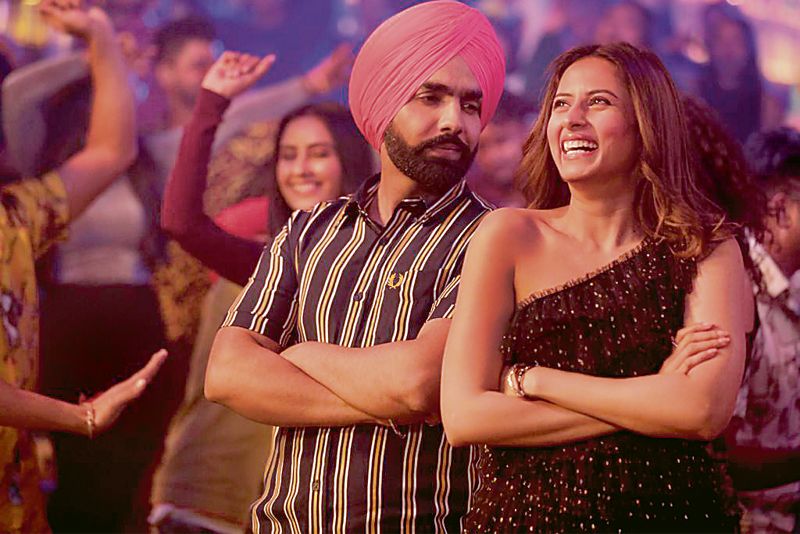 Ever since cinemas re-opened, Punjabi films have been released regularly. Beginning with Ammy Virk and Sonam Bajwa-starrer Puaada, which released on August 12 worldwide after over 17 months, there have been close to 10 films that brought alive the big-screen experience for viewers. Yaar Anmulle Returns, Qismat 2, Chal Mera Putt 3, are among the big-budget films that have been showcased in the last two months. Thana Sardar, Khaao Piyo Aish Karo, Ucha Pind and Pinky Moge Wali 2 are some of the other films that have hit the cinemas.

Movie-lovers haven’t let down the filmmakers. Pawan Gill, producer Brat Films says, “It has been a long journey back to the cinemas. The pandemic shut down theatres and multiplexes in March 2020 and since then the Punjabi film industry came to a standstill, as like the Hindi film industry we didn’t have digital players. Thankfully, when we released Puaada, audiences came back to cinemas in big numbers. That stands true for other blockbusters too.”

The response has been steady for most films while a few have even created history. As Munish Sahni, distributor and producer of Omjee Star Studios, says, “The industry is recovering at a fast rate in Punjab. States that have regional cinema are doing better than those that only depend on Hindi or South-Indian films. Chal Mera Putt 3 hasn’t yet completed one week and yet, in North America and the UK it has become the highest-grosser ever in the history of Punjabi cinema.”

These numbers could have been different for Puaada; Pawan explains why, “We released Puaada on 50 screens in Punjab, as a lot of theatres were not yet open, some had lease issues and some were not sure if they would get audience. Normally, Punjabi films release in 175 plus theatres just in Punjab. Things changed after our film because it was running houseful everywhere it was released in India and overseas.”

Things look bright for the Punjabi movies lined up. Honsla Rakh, starring Diljit Dosanjh, Sonam Bajwa, Shehnaaz Gill and Shinda Grewal (Gippy Grewal’s son) will release on October 15. Then on Diwali (November 5), there is the Gippy Grewal and Neeru Bajwa-starrer Paani Ch Madaani, followed by the Ammy Virk-starrer Aaja Mexico Chaliye on November 25, which is directed by Rakesh Dhawan, the writer of the blockbuster Chal Mera Putt series.

In December, there is Gippy Grewal’s Shava Ni Girdhari Laal, co-starring Neeru Bajwa. Between all these commercial films there are other Punjabi movies too, so it’s definitely a good time for the audiences as well as the industry!