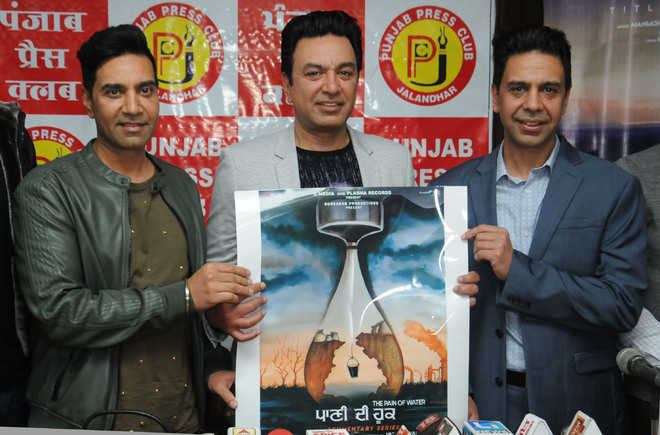 Moved by the plight of the debt-ridden farmers of Punjab, the famous Waris Brothers song “Punjab di kisani” depicting their economic condition and the hardships they face, has indirectly hit out at the “ache din” — a promise by the BJP led NDA government for the present status of farmers. At a time, when farmer agitation in Punjab is gaining momentum, this is the first voice from civil society in favour of farmers protesting against the NDA’s agriculture policy decisions.

The release of the song was announced on Thursday by Manmohan Waris and Kamal Heer, saying they had been deeply moved by the plight of Punjab’s farmers because of poor realisation for the farm produce leading to their getting caught in a perpetual debt trap. “In our track, we are reflecting on the hard life that farmers lead. Being sons of a farmer, we understand their plight and have reflected it in our track,” Manmohan Waris said in a video message from Vancouver, Canada. Within just two hours of its release today, the song had received over 15000 views.

“Now, farm ordinances are being brought by the Centre and imposed on the gullible farmers at this time, when COVID-19 pandemic has created so much ruckus. These ordinances are going to spell a death knell for farmers. The poor and marginal farmers are going to be wiped out by the corporates, who are being given access to mandis through private market yards. Being artistes, we cannot protest by other aggressive means. It is only through our kala that we can express our resentment,” said Manmohan in his message.

Young farmer activist Randeep Sangatpura said: “The Waris brothers have sung many songs that reflect the dilemma faced by different sections of society. Just as their song ‘Asin Jitange Zaroor, Jang Jaari Rakhiyo’ is often performed on stages set by marginalised sections, struggling to have their voices of dissent heard, this new song on farmers will become our anthem, as farmers across Punjab gear up to launch an agitation against the three controversial farm ordinances, from August 15 onwards. It is heartening to know that more voices from the civil society are being raised in favour of farmers, even as the political representatives have chosen not to make a big issue out of farmers’ pitiable condition.”

The song had been written by Gill Raunta, a young man from Jagraon. According to Deepak Bali, managing director of Plasma, the music label that has released the music track (also owned by the Waris brothers), said that every Punjabi, irrespective of their religion is directly or indirectly a part of the state’s agrarian economy, and would find resonance in its lyrics. “The track is all about the problems a farmer faces- from growing his crops, to taking them to mandis and waiting endlessly to get money for his produce; sleepless nights a farmer endures in case of bad weather just before harvesting and hope for a better economic future for his family in case he sells his entire produce,” said Bali.