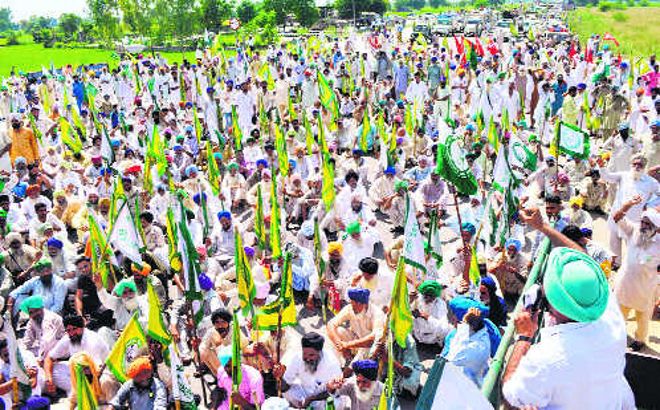 In a rare display of unity, over 200 farmer unions across the states have decided to come together to launch a joint protest against the three farm Acts passed by Parliament last month and the proposed Electricity Amendment Bill, 2020.

The unions, under the aegis of the All India Kisan Sangharsh Coordination Committee (AIKSCC), will be starting nationwide protests on the lines of agitation in Punjab. A call for a nationwide “Chakka jam” on all highways has been given for November 5.

Though the farmer unions in Punjab had lifted their blockade on railway tracks last week and resolved to allow goods trains to operate, a decision of the Ministry of Railways to stop the trains to Punjab is now being perceived as an “economic blockade’ of the state by the Centre. The issue was discussed at a meeting of the AIKSCC working group in Delhi today.

‘Centre trying to alienate us’

We had decided to shift our protests from tracks to railway stations to allow goods trains.... but the Centre has made an attempt to alienate farmers in their struggle. —Darshan Pal, Krantikari Kisan Union Chief

“We have strongly condemned the action and asked for restoration of the goods train services,” said Darshan Pal, president of Krantikari Kisan Union.

Other than this, a roadmap to take up the fight at the national-level was readied by the AIKSCC working group today. As many as 20 members of the group, including many farmer leaders from Punjab, held a preliminary meeting in Delhi to discuss the framework of the national-level protests. The plan would be discussed in the meeting of all 200 farm union leaders, who are members of the AIKSCC, on Tuesday, Jagmohan Singh, a member of the AIKSCC, told The Tribune.